Atlanta-based architectural design firm Wakefield Beasley & Associates will be the lead designer of the mixed-used portion of the development, according to the announcement. The company has designed mixed-use developments throughout the southeast, including The Forum in Norcross, Ga., Town Center at Atlantic Station and Avalon in Alpharetta, Ga.

The new community, which will encompass more than 60 contiguous acres of property at the northern intersection of I-75 and I-285 in Atlanta, will feature shopping and dining, living spaces, an entertainment venue, an office tower and a hotel that will have views into SunTrust Park. A mix of hardscapes and green spaces are integrated throughout the project.

The main plaza that connects SunTrust Park with the rest of the community is designed for public gatherings, including pre and postgame programming on game days along with non-game day special events and activities.

More than 6,000 shared and dedicated parking spaces are planned immediately adjacent to the SunTrust Park and within the mixed-use community, with thousands more within walking distance of the ballpark.

Both the ballpark and mixed-use development will open in April 2017.

Do you like the look and feel of the proposed developed? Dish in the comments! 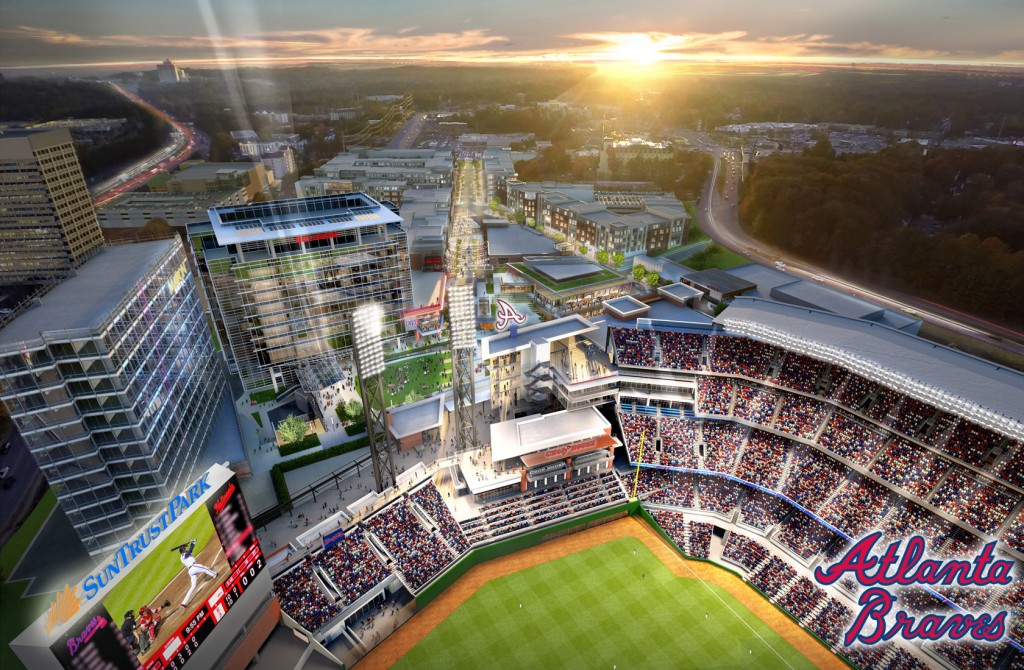 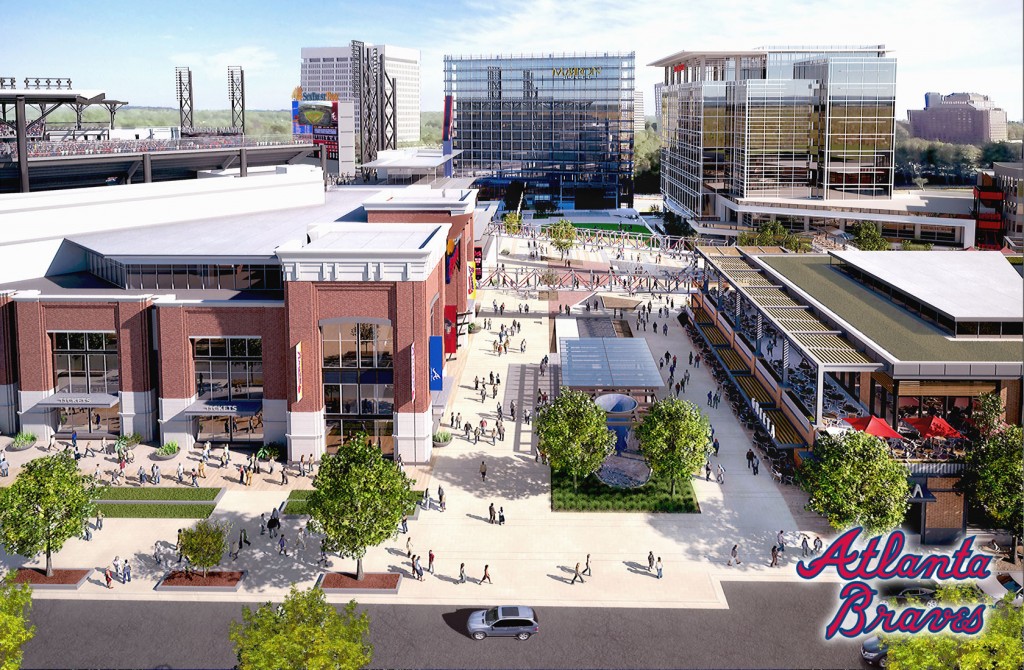 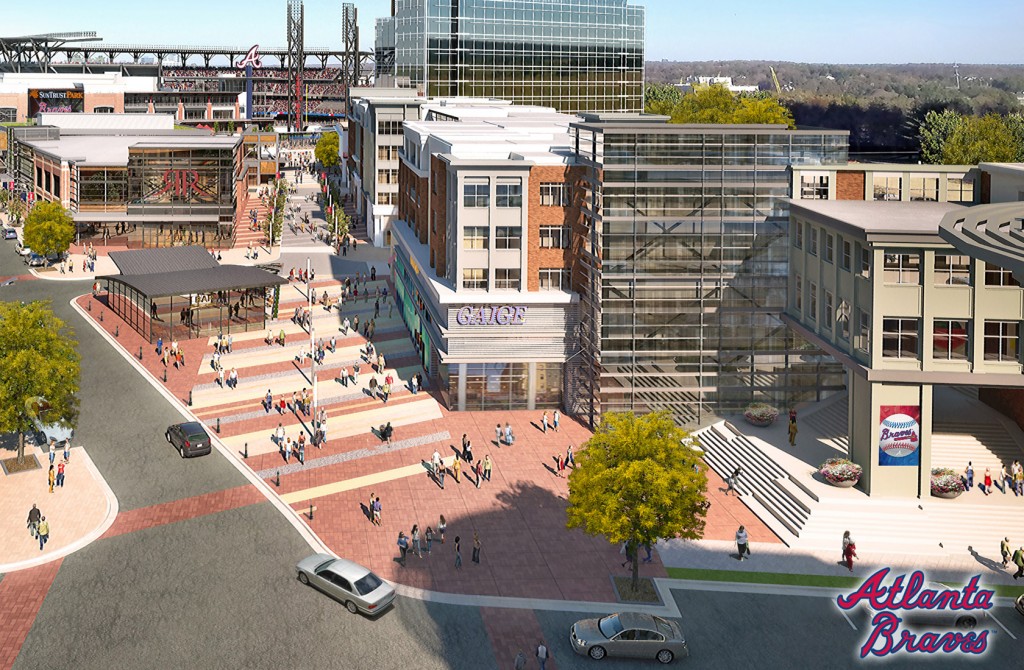