The food hall will be situated on the first floor of Coda at Tech Square.

There is an update to this post: Tech Square Food Hall The Collective To Debut In March With Poke Burri Opening

The Collective, the City’s latest food hall, is slated to open in 2019 at the forthcoming Midtown mixed-use, at 771 Spring Street.

“We at El Burro Pollo are super excited about opening at Coda,” Santiago said in the release.

“This space will allow us to share our products with a very dynamic and multicultural crowd on a hyper-energized space …burro polliiiioooo!”

Poke Burri will serve up eats like sushi burritos and poke bowls along with “secret” off-menu offerings such as the sushi donut and sushi corndog.

Poke Burri has been receiving steady recognition such as Creative Loafing’s “Top 100 Dishes to Eat in Atlanta Now” and What Now Atlanta’s “Elite 100” in 2017.

Wildleaf, which is also named in Creative Loafing’s “Top 100 Dishes to Eat in Atlanta Now” as well as Atlanta Magazine’s “The Best New Cheap Eats in Atlanta”, is a local healthy-fast-casual purveyor of fast-casual restaurant preparing specialty salads, grain bowls, soups and smoothies.

This will be Wildleaf’s third location following a soon-to-open location in Buckhead.

It features access along Spring, West Peachtree and 4th Streets. 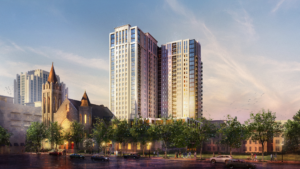 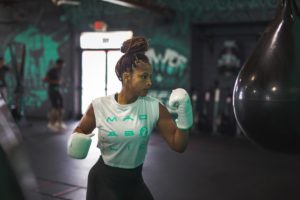 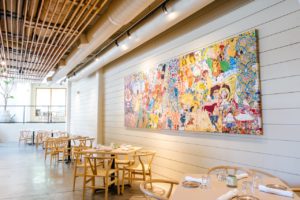 Sushi burritos and poke bowls up for grabs March 2 with neighboring food stalls expected to start serving shortly after.