Construction has begun on Sweet Georgia’s Juke Joint, a restaurant concept from Global Concessions, Inc., and will open in the newly renovated Grand Atrium at 200 Peachtree downtown this Fall.

Taking space that was originally Macy’s, Sweet Georgia’s Juke Joint will join the Irish pub Meehan’s — 4,300 square feet — which opened on the northern side of the building’s ground floor in March.

Global Concessions, Inc. opened a Sweet Georgia’s Juke Joint near Gate D-10 at Hartsfield-Jackson Atlanta International Airport on February 11, 2008 and has offered a taste of the South to visitors from all over the world. Inspiration for the restaurant came from a centuries-old word: The word yuka, which is derived from a West African word that means to make noise.

African Americans brought this notion with them to the Old South and created juke houses, house-taverns established for fun and music.

Decorated with album covers from the 1970s, Sweet Georgia’s Juke Joint plays tunes from four decades: 1960s, 1970s, 1980s and 1990s. Their southern-inspired dishes range from The Famous Seadog, which is battered cod fish served on a hotdog bun and topped with coleslaw, to their Bar-B-Q Pork Rib Basket, which includes half a rack of ribs.

Every food item on the menu, from deli sandwiches to burgers to ribs, ranges between $4 and $10. The bar also features the micro-brew Georgia Brown, according to Hartsfield-Jackson News, a publication from Hartsfield-Jackson Atlanta International Airport.

Global Concessions, Inc. has an impressive portfolio of successful restaurant concepts that include One Flew Over, Sojourners Cafe, Arthur Treachers, Great Wraps, Nathans and Ben and Jerry’s. 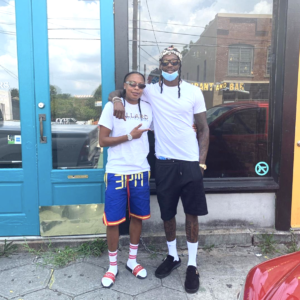 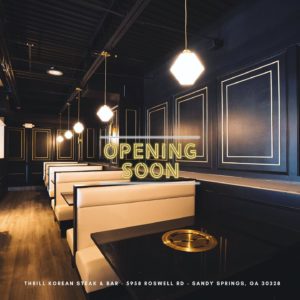 Founder Philip Jones plans on opening five locations of the health-conscious eatery across the Atlanta area over the next five years.

Across four phases a new bus station will rise from the ground up as existing terminal gets demolished, becomes parking.