Group of professed U Restaurants staff threatened the restauranteur in an email over the claims. 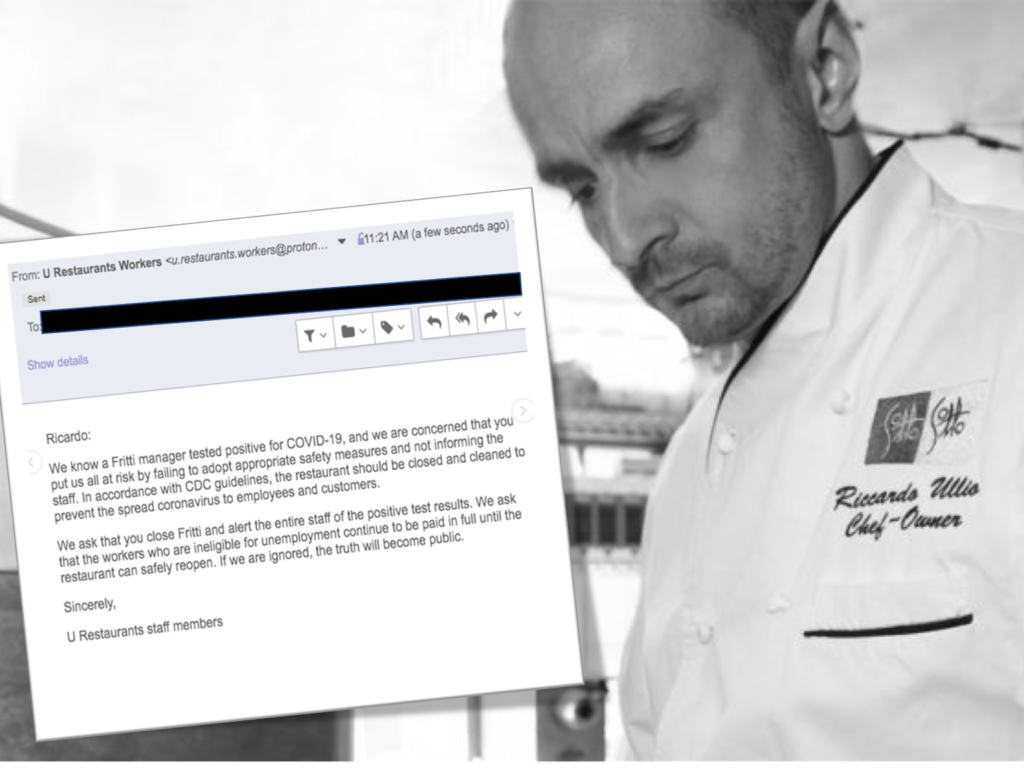 In addition to our normal news coverage, What Now Atlanta is tracking ways Atlanta’s businesses are adapting to the novel coronavirus and the challenges it brings to brick-and-mortars.

Riccardo Ullio, the owner of U Restaurants, has responded to allegations that the restauranteur kept Fritti open even as one of the eatery’s managers fell ill with COVID-19.

The allegations, which Ullio categorically denied in an email to What Now Atlanta (WNA) over the weekend, arrived by way of an email from a professed group of U Restaurants staff.

“Ricardo, we know a Fritti manager tested positive for COVID-19, and we are concerned that you put us all at risk by failing to adopt appropriate safety measures and not informing the staff,” the anonymous email—forwarded to WNA by Ullio—states.

“In accordance with C.D.C. guidelines, the restaurant should be closed and cleaned to prevent the spread of coronavirus to employees and customers. We ask that you close Fritti and alert the entire staff of the positive test results. We ask that the workers who are ineligible for unemployment continue to be paid in full until the restaurant can safely reopen. If we are ignored, the truth will become public.”

Screenshots of the email, including Ullio’s response, have since been posted to an Instagram page for Shift Change, “a new industrial union effort for Atlanta restaurant workers.”

“I believe that this may qualify as extortion under GA penal code, but will let the authorities decide,” Ullio told WNA in an email.

Unlike Buckhead Life, which on Thursday opened an investigation with the Atlanta Police Department over “attempted extortion” surrounding similar allegations, Ullio as of Sunday had not yet altered local authorities of the anonymous email.

Ullio instead said he may go to the Federal Bureau of Investigation over the threats.

Here’s the statement Ullio provided to WNA responding to the allegations in its entirety:

In early March, I had been talking to all my friends and family in Milan, a city that as you may well know has been hit hard by the Covid-19 virus. Hearing of the horror stories of relatives leaving in ambulances never to be seen again, incinerators running 24/7, and war-time triage at hospitals, I knew that our time for quarantine was coming. I, like the rest of my colleagues, faced the choice of closing or offering to go. The financially safer alternative would have been to close, seeing that I would only have to pay rent for the duration of the quarantine, rather than labor, operating costs, and all the other myriad of expenses we face in the restaurant business. I decided to remain open and offer to go because there were a great many of my employees that would not be able to feed their family if we closed down. We closed before the Mayor’s order, on March 17.

After two months of serving to-go food and tremendous amounts of red ink on our bottom line, and after the governor announced restaurants could reopen, we began planning to do so.

Before reopening, I decided the right thing to do was to get everyone that had been working or wanted to come back to work tested for COVID-19. This would accomplish 2 things: we could assess how effective our sanitation procedures were in the past two months of operations, and, more importantly, we could make sure that we could keep everyone safe. This was not required by the guidelines or regulations.

I paid for all the testing out of my pocket, as free testing was not available, for a total of $4800.

The first person to get tested was one of my Fritti managers on Monday April 27. On Tuesday night April 28 he came to me and told me he had tested positive. He was asymptomatic, not even a soar throat. He immediately went home and started to quarantine. We closed the restaurants completely for the next two days until we got all the rest of the testing done. All employees that were actively working were notified that someone had tested positive and in order to come back to work they would have to get tested and test negative.

My doctor came to the restaurant on Wednesday, April 29, and tested everyone there. I had him come because some of my employees do not have cars, and it would have been difficult for them to get to his office.

We remained closed on Thursday, April 29 waiting for the results, and did a thorough cleaning and disinfection of the restaurant. All other employees came back negative, and we reopened for to-go on Friday, April 29.

I feel very good about the fact that even though one person was infectious, he did not transmit it to anyone else. This tells me that our sanitation procedures are working very well. The manager was quarantined until May 10, until he tested negative twice in a row as recommended. He then came back to work.

WNA reached out to the “employees” behind the allegations for comment but did not receive a response.

[Editor’s note: The novel coronavirus (COVID-19) pandemic is rapidly evolving as is its effect on Atlanta, and the City’s businesses and its residents. Click here for What Now Atlanta’s ongoing coverage of the crisis. For guidance and updates on the pandemic, please visit the C.D.C. website.] 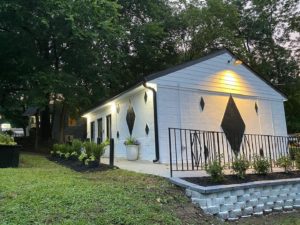 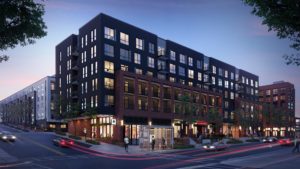 Honestly these tests are only accurate for that exact moment blood is drawn. Somebody could walk away from a test, and be exposed/contract the virus five minutes later. Certainly a test could tell you if you’re an asymptomatic carrier, at the time of the test– which would require quarantine. Also isn’t there an incubation period? If I had an employee that tested positive, and then had all my other employees tested two days later, that doesn’t really take into account an incubation period. I just don’t understand how accurate all this testing really is. And shouldn’t all employees be eligible… Read more »

Wouldn’t be totally shocking if some of the employees are pissed off at the restaurant remaining open as it prevents them from collecting that sweet jumbo-sized unemployment benefit.

Hmmm, you make a good point.
My friend manages a restaurant. His hours and salary have been cut, but he’s still working doing carryout.
He is also getting some kind of unemployment/pandemic assistance because his income has suffered substantially.

Since restaurants are considered essential, they are not required to close down. Just ensure proper cleaning protocols as already in place. https://www.cdc.gov/coronavirus/2019-ncov/community/critical-workers/implementing-safety-practices.html

Interesting.
I was wondering why we weren’t hearing of places like Target and Kroger shutting down when an employee becomes sick.

When The Varsity Reopens July 10 It Will Be Sans Carhops, 18 of Which Are Being Laid Off

92-year-old Atlanta institution temporarily closed Thursday when an employee tested positive for COVID-19 and is making adjustments to its operations.

It seems unlikely that Kemp's office will block the new ordinance as the Governor has allowed similar mandates to go unchallenged in Athens, East Point, and Savannah.

Debuting next month, this will be the second AKT to open in the Atlanta area.