Netherworld Haunted House Is Moving To Stone Mountain in 2018

The 2017 Halloween season will be the haunted house's last in Norcross.

After one final season at the longtime Norcross Antique Center location this fall, Netherworld Haunted House will relocate to a brand new facility in Stone Mountain, the company in a press release Wednesday announced.

The new space, at 2076 W Park Pl. Blvd, is a 9.5-acre property that was purchased by the Halloween attraction early March 2017.

The new location will allow for a large expansion of the haunts, new attractions including year round “Escape Games,” and increased parking.

“Over the last 20 years Netherworld Haunted House has continued to grow and attract more and more fright fans each year,” Billy Messina, co-owner of Netherworld, said in the release.

“After looking at many locations around the greater Atlanta area, we found the Stone Mountain property and were blown away by how perfect it would be for our operation. Not only is there room to expand our Haunted Attractions, but we’ll also be able to explore new types of themed experiences which we simply don’t have room for at our current location.”

The new location, with nearly ten acres of property and 70,000 square feet of space will also feature expanded retail areas and indoor queuing.

One of Netherworld Haunted House’s new attractions, scheduled to debut late summer 2017, will be “Escape the Netherworld,” a series of challenge games that will “test the problem solving skills of attendees.”

Keeping with the Halloween theme, Netherworld Haunted House will offer “scary” versions of the Escape.

In its final year at 6624 Dawson Blvd., Netherworld Haunted House will offer two new attractions in 2017: Primal Scream and Dr. Grendel’s Funhouse of Horror in 3D!

Netherworld Haunted House opens seven days a week starting Friday, September 29 through Halloween. The final nights to experience NETHERWORLD at the Norcross location will the weekend of November 3.

Tickets for the 2017 Netherworld season go on sale after Memorial Day. 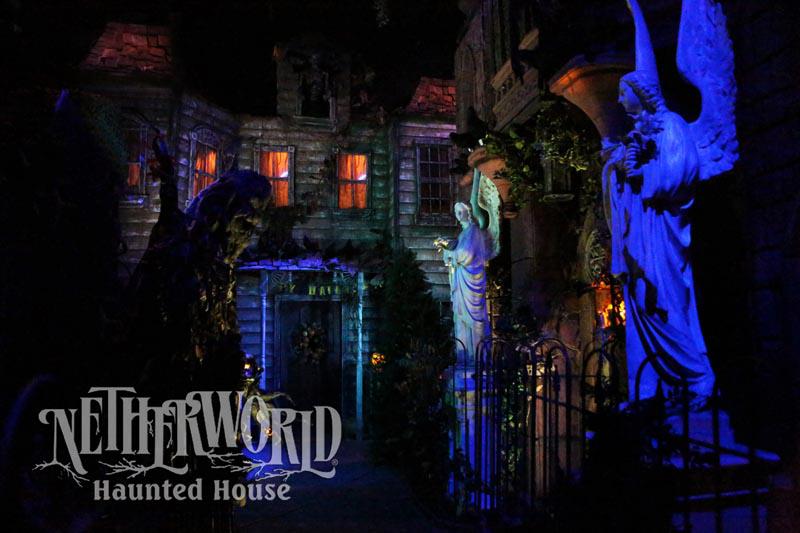 Drumz N Flatz will be quite a bit different from the catering aspect of its predecessor, but will have a variety of vegan and traditional options.

Netherworld Gets Street Address With Its Namesake—1313 Netherworld Way

The haunted house moved to Stone Mountain in 2017 and started a year-round escape room experience.