Pinewood Forest in a press release Thursday announced the addition of Honeysuckle Gelato, the development’s third food and beverage tenant.

The ice cream shop, which has a location in Ponce City Market and an outpost opening soon in Lee + White, will join Pinewood Forest in late-fall 2019.

“We’ve been searching for the right spaces in which to extend our brand footprint, and we found Pinewood Forest to be the ideal retail location,” Wes Jones, co-founder and co-owner of Honeysuckle Gelato, said in the release.

“We’ll introduce what makes Honeysuckle Gelato unique and experiment with new offerings, though more than anything we’re eager to contribute to an incredible community that celebrates diversity and creativity.”

This brand extension will be the second brick-and-mortar location for Honeysuckle Gelato for Jones and partners Jackson Smith and Khatera Ballard.

Honeysuckle Gelato will serve its handmade ice cream and sorbet out of a 1,200-square-foot space in the development.

“We’re excited to work with the Pinewood Forest design team to develop a space that will celebrate and enhance the community,” Jones said.

“Our goal is to create a shop that is welcoming, warm and accessible, inside and out.”

As progression on the Pinewood Forest development continues, more food and beverage tenants will be shared in the coming months, according to the release. 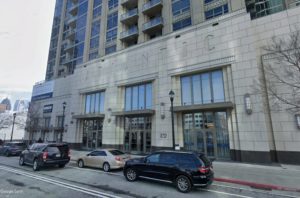 Our Partner Guide outlines every step in opening a restaurant — from concept creation to securing a lease to hiring your team, and everything in between.
Download Now
PrevPreviousMihoko’s Method Bone Broth Headed For The Irwin Street Market
NextThe Lost Druid Brewery Set To Break Ground in Avondale Estates August 31Next
LOGIN
or
REGISTER

Green p.s. from the owner of Cinema Greens is expected to join the master-planned development in 2021 alongside Poshin Paint art studio