“When we looked at expanding outside the Perimeter, Avalon was a home run for us because it’s centrally located and such a great destination for shopping and dining,” Taft said.

“The space is just a gorgeous jewel box.”

“I’ve spent a lot of time on the West Coast, where they really know how to make the most of a relaxed atmosphere and fresh, delicious seafood. That’s our model for Brine.”

The 150-seat Brine Seafood Shack includes a rooftop bar with a retractable roof that will serve tiki-style craft cocktails.

Downstairs, a raw bar and “classic boat drinks” are on the menu.

For diners on the go, there’s a walk-up window inspired by New England clam shacks where you can grab takeout, soft serve ice cream, milkshakes and even cocktails, wine and beer to enjoy while strolling through Avalon.

The company also plans to expand its consulting services to both restaurants and hotel F&B operations. 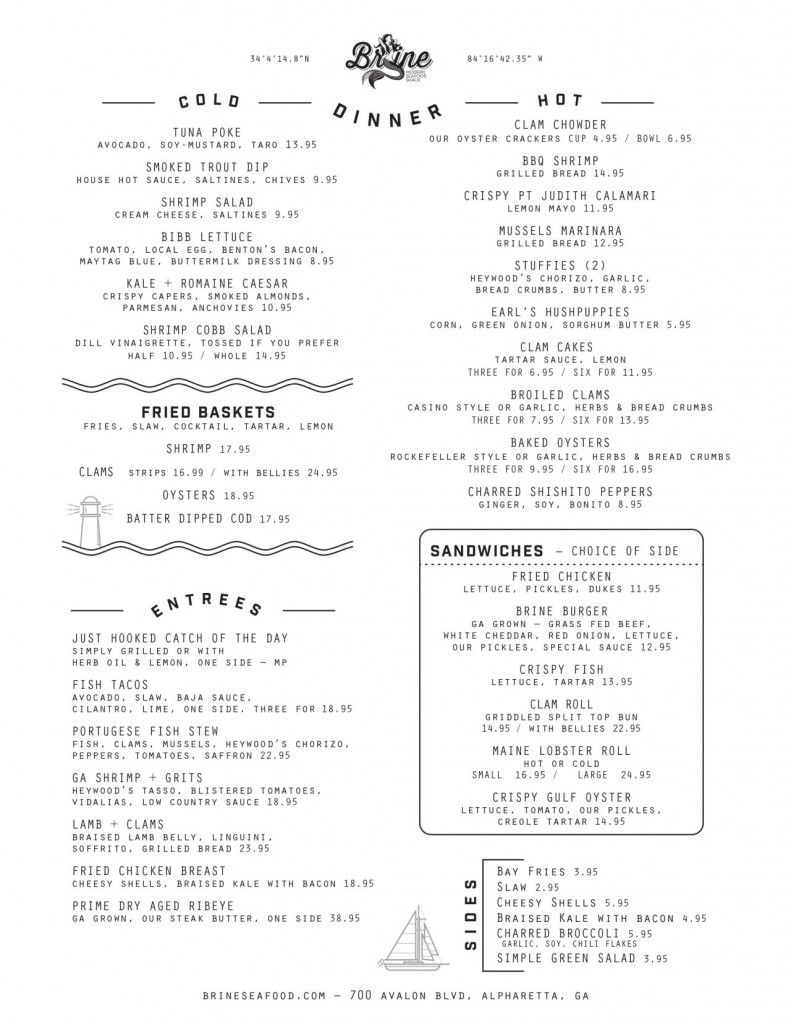 Live King Crabs are on display, can be selected to enjoy.