Old Fourth Ward site, most recently home to The Masquerade music venue, seems to have accidentally come crumbling down Friday.

There is an update to this post: Full Restoration, Repair Promised Following Wall Collapse at DuPre Excelsior Mill in Old Fourth Ward 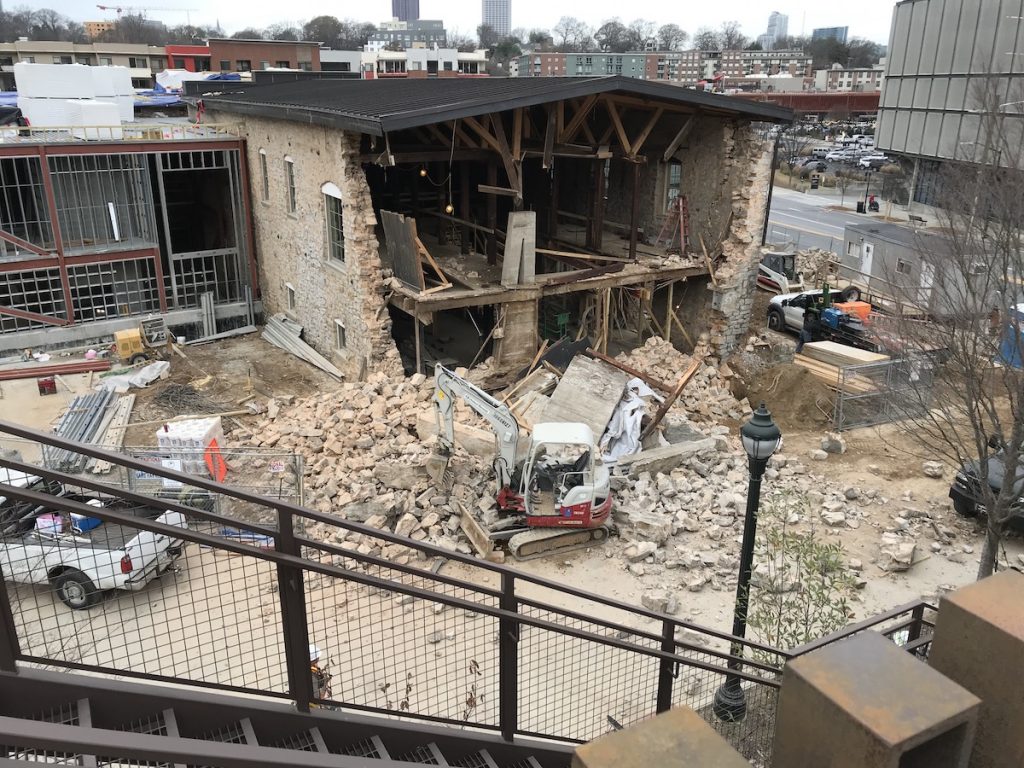 Plans to preserve the historic DuPre Excelsior Mill structure as part of The Mill redevelopment project seem to have gone awry Friday.

A What Now Atlanta (WNA) reader who wishes to remain anonymous witnessed the original stone and steel of the structure come crumbling down heading into the weekend.

“[Construction workers] were digging around the foundation today,” the reader wrote in the email to WNA alongside the above photograph.

“Must have gone too deep and caused the eastside to collapse.”

Coro Realty and Southeastern Capital, the developers behind The Mill adaptive reuse project, confirmed the collapse in a prepared statement to WNA Friday.

“Today, Coro Realty and Southeastern Capital learned the eastern wall of the Excelsior Mill on North Avenue has collapsed,” a company spokesperson wrote in an email.

“We are in the process of discovering what exactly happened, but preliminary information leads us to believe it was related to excavation work being done on-site in accordance with the structural engineer’s specifications.”

Luckily “no one was injured” and “it will take some time to assess the damage and figure out the best way forward,” the statement continued.

The building’s “breathtaking original stone” and “exposed timbers” were supposed to be incorporated into the under-construction mixed-use office project called The Mill.

The Old Fourth Ward building dates back to as early as 1890.

The historically-designated structure most recently was home to The Masquerade music venue which has since relocated to Underground Atlanta.

In 1978, the Mill housed a pizzeria and barrio which featured everything from movies to bands to Shakespearean plays during its era of operation before becoming The Masquerade in ’89.

By the late 1960s, the buildings were used primarily as storage facilities.

“We are aware of the historic nature of these structures and have taken many precautions to protect them while we renovate and restore them.”

[Editor’s note: this article was updated with comments provided to WNA by The Mill developers Coro Realty and Southeastern Capital.] 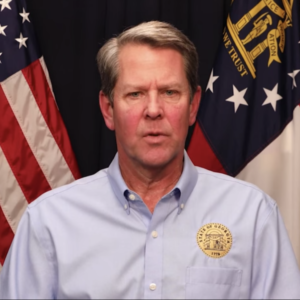 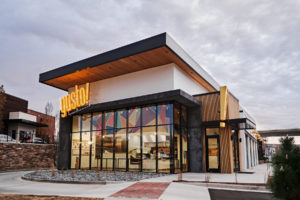 There is currently no timeline as to when the work will be completed.

Plans are underway to convert historic Excelsior Mill on North Avenue into a restaurant, retail space.