Southern Pie, led by father-and-daughter team Robbie Hill and Kimberly Hill Hayden, could open their first MOD Pizza stores later this year, according to the announcement.

Exact Atlanta-area locations have not yet been confirmed.

Hill and Hayden multi-industry entrepreneurs who operate construction and healthcare companies, and also operate the Bojangles’ business in the same region.

“What appealed to us about MOD is their progressive approach to hiring along with their strong focus on a people-first culture,” Hayden, said in the release.

We are excited to make MOD the employer of choice for the region, knowing that if we attract and develop an outstanding team, we can deliver an incredible in-store experience.”

MOD was founded in 2008 by entrepreneurs Scott and Ally Svenson, who also built retail concepts Seattle Coffee Company and Carluccio’s in the United Kingdom.

“As we continue our expansion across the U.S., we are confident that our development strategy of company-owned stores coupled with select franchise partners will be key to maintaining consistent execution while sustaining our purpose-driven culture,” Scott Svenson, co-founder and CEO of MOD, said in the release.

“Most importantly, Robbie and Kimberly share our commitment to growing a business that is focused on making a positive social impact.” 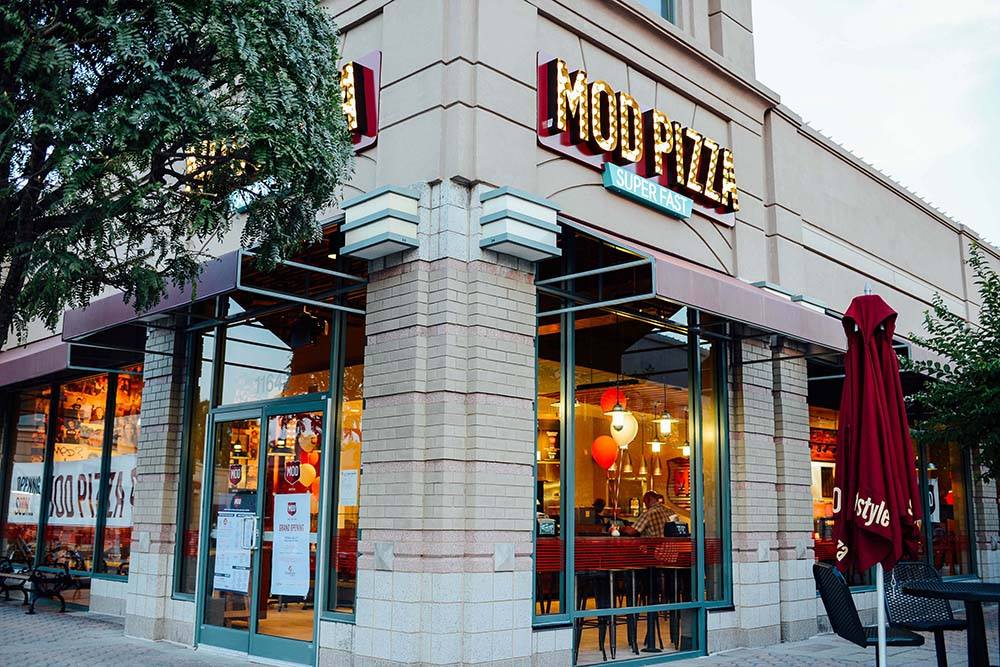 Where should Southern Pie open locations of MOD Pizza in Atlanta? Leave your thoughts in the comments…

Another (yawn) quick serve pizza (yawn) place? I want nothing more than any business that is good to its employees, customers, and society do well, but seriously, how many of these places can survive. It’s worse than the burger, cupcake & yogurt crazes. The pizza industry is already crowded with national players (Pizza Hut, Papa Johns), local players (too many to list) and now this quick serve sector. Yes, most everyone loves pizza, but seriously, how can these all survive. The answer is, unfortunately, they can’t.

You evidently haven’t been to MOD, it’s not Pizza Hut or papa johns.

It’s like a Moes for Pizza , it’s personalized pizzas. Very good. Will be extremely popular.

Yay!! We can barely wait! MOD is best pizza/salad/lemonade/shakes ever. Please open in Milton!!!

Good pizza but employees do not adhere to good sanitation practices. They dress as if the work in an auto parts place. The ‘baker’ in Sandy Springs got on his skate board (between baking pizzas) and skated through the restaurant. No hair restraints, no uniforms, low sanitation standards, etc.

We visited the Mod Pizzeria in Decatur Georgia. Sloppiness in clothing and sanitation. We sat there an hour and no employee cleaned any tables in the dining area.

Clean Eatz will start its buildout March 15, has a tentative opening date of April 29

Esau Holmes has secured a lease for the pizzeria's second location, slated to open in 60 to 90 days on Northside drive