Proposed development was slated to be located next to the Infinite Energy Center in Duluth.

This post is an update of: 'Revel' Reveals First Round of Tenants Including Regal Cinemas, Superica, The Painted Pin 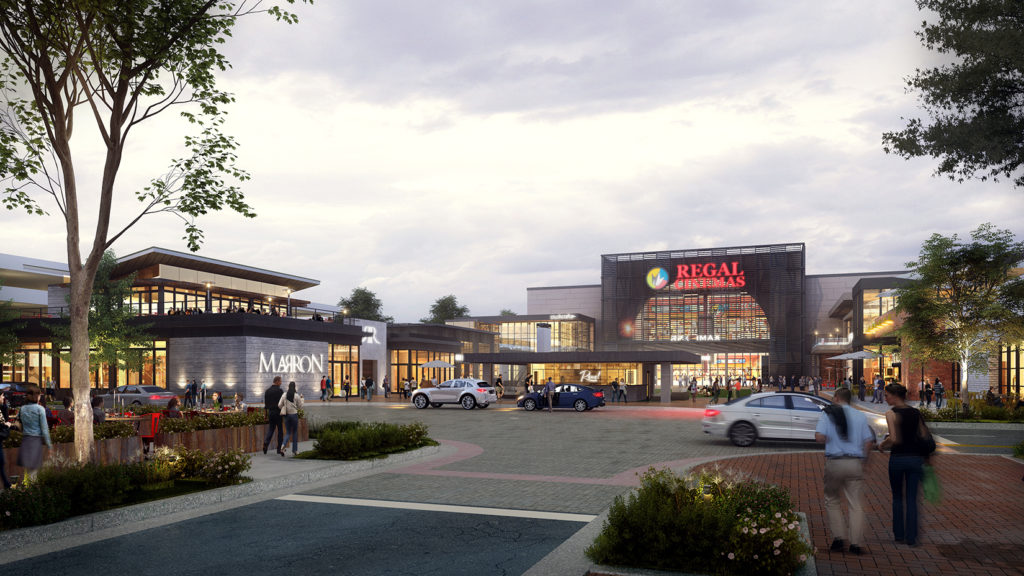 The Gwinnett County Convention and Visitors Bureau (GCVB) announced Tuesday that it is pausing the proposed Revel mixed-use development on the campus of the Infinite Energy Center to reevaluate aspects of the project and select a new development partner.

Revel was being developed in partnership with North American Properties, the real estate firm currently overhauling Colony Square, but both sides agreed to part ways as NAP refocuses its efforts on other areas of its business.

The proposed development was slated to be located next to the Infinite Energy Center in Duluth and was set to add 300,000 square feet of retail space, 865,000 square feet of office space and 900 apartments to the 118-acre campus.

In August a star-studded retail and restaurant lineup were announced for the project.

“GCVB is committed to moving the project forward, once the reevaluation process is complete and a new development partner is selected,” according to the announcement.

Other activities currently in development on the campus of the Infinite Energy Center will proceed as planned.

The GCVB is nearing completion of the second parking deck on the property while moving forward with an expansion of the Infinite Energy Forum and construction of the adjacent Westin Atlanta Gwinnett Hotel, which is being developed in partnership with Concord Hospitality.

“Sometimes the hardest decision involves not rushing an exciting project, but we are confident in this choice,” GCVB Chief Executive Officer Preston Williams said in the announcement.

“We have one chance to get this right, and we are confident in the long-term viability of a mixed-use project on this site. The response in the marketplace to what is happening on this campus has been extremely positive and we look forward to bringing on another development partner in the coming months to carry it through to completion. North American Properties helped us cast the vision for what this campus could become, and we are grateful for that, but we both agree that a new partner will be needed to carry it through to completion.”

The expansion of the Infinite Energy Forum will proceed as planned, which includes 60,000 additional square feet of meeting space, as well as upgrades to the convention space and ballroom, which will add capacity to the already busy facility that hosts more than 600 events and conferences per year bringing in nearly 1.2 million visitors.

In addition, two new parking decks will be completed by the end of 2019, creating nearly 3,500 parking spaces to support events at the expanded convention and entertainment venue.

“We are realigning our strategy to focus on the acquisition and repositioning of mixed-use destinations and the ground-up development of multifamily communities,” NAP’s Mark Toro said.

“NAP has a significant track record of success in both areas. Gwinnett County has been a great partner and the future redevelopment around the Infinite Energy Center will be a wonderful addition for the residents of Gwinnett and the greater region. We wish everyone involved the very best and we will work closely with Gwinnett as we transition away from Revel. This has been a very difficult decision for NAP; however, our strategic realignment requires we deploy our resources in different ways as we create community with the repositioning of existing mixed-use destinations rather than new ground-up retail development.”

In January, Raleigh-based Concord Hospitality plans to break ground on the new four-star Westin Atlanta Gwinnett Hotel, which will feature 348 guest rooms, including 12 suites and a Presidential Suite offering guests a blend of comfort and sophistication.

The hotel will offer 25,000 square feet of ultra-modern meeting and event space and a 12,000 square foot rooftop space, which will feature three separate bars, making it an ideal spot for private parties and large receptions, accommodating hundreds of guests.

$280,000 investment is part of the Midtown mixed-use development's Better Together program, and is in anticipation of Whole Foods, other office workers returning as early as June 1.

The four-star hotel, designated the flagship for the Infinite Energy campus, is slated to open in Q1 2022.

'Revel' Reveals First Round of Tenants Including Regal Cinemas, Superica, The Painted Pin