From ‘Pizza By The Slice’ to ‘Pielands’

Back in August 2019, What Now Atlanta reported that “Pizza By The Slice” was opening in the Virginia-Highland area, and while it’s still opening at 1021 Virginia Avenue NE, as it turns out, the restaurant will go by Pielands per a pending liquor license application that was filed with the City of Atlanta in September.

Pielands will replace a piece of the now-shuttered Goin’ Coastal, as was announced by landlord Gene Kansas Commercial Real Estate in a press release in August 2019.

The almost 1,600 square-foot space will have a laid-back, family-friendly environment, and the menu is inspired by the pies that Owner Billy Streck grew up eating at New York area pizzerias, including his dad’s and grandpa’s. In addition to more classic pies, there will also be some different and fun recipes on the menu, like a cheeseburger pizza. Takeout and delivery will be available.

And, according to newly-minted social accounts for Pielands, the restaurant will also serve Italian-style sub sandwiches, keeping in line with its tagline, “Sub & Slice.” Sandwiches — served with lettuce, tomato, onion, EVOO, vinegar, and oregano — include the Highland Hero (ham, provolone, salami, and capicola) and the Bird is the Word (smoked turkey breast, provolone.)

Pielands’ design will channel “old-school neighborhood pizzerias with a laidback, community feel,” according to a press release Friday. It will focus on grab-and-go items and counter service dining, with casual seating available in the dining room. The space will feature red, white, and brick accents, concrete floors, fun pizza design details, and a vintage photo of the Brooklyn Bridge spanning the main dining room wall.

“First and foremost, Pielands will be a neighborhood destination that truly embodies a family vibe and sense of community,” Streck said. “We want to get to know our customers on a first-name basis, and we’re thrilled to get to know the families of Virginia-Highland, Morningside, and beyond.”

Correction: an earlier version of this article listed Anthony Spina as the owner. Spina is no longer affiliated with the restaurant. Morgan Crawford Scott is a writer and editor based in Georgia with a Bachelor of Arts in Editing, Writing, and Media from Florida State University. Morgan’s experience in the digital media and publishing industry, specifically the food and lifestyle sector, has afforded her the opportunity to work on national publications such as Bake from Scratch, Cooking with Paula Deen, Southern Cast Iron, and more. When she’s not glued to her laptop, you can find her scouring estate sales, cooking up recipes for supper club, or playing tennis. Food That Rocks Returns August 19-20 in City Springs, Presented by Taste of Atlanta 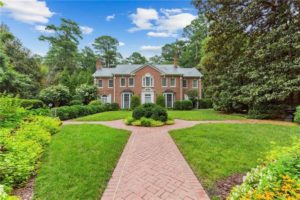 Working with Partner Gustavo Arribas of Venezia Pizzeria in the Bronx, Vicina Pizza and Salad will debut in Norcross in 2023.