Hoar Construction Thursday announced the completion of construction on Inspire Atlanta, a new student-focused luxury apartment community near Georgia Tech and directly across the street from Bobby Dodd Stadium.

Hoar broke ground on the project in 2019 on behalf of owner Capstone Communities with a plan to deliver to students ahead of the kickoff for the 2021-22 school year.

Located on Centennial Olympic Park Drive near the North Avenue intersection, Inspire Atlanta offers studios, one-, two-, four- and five-bedroom apartments (750 total beds) in adjoining high-rise (12 floors) and mid-rise (7 floors) buildings. The high-rise boasts a clubhouse on the 11th and 12th stories, with a pool located on the rooftop level. The community also offers several private study areas, a computer lounge, a cycle-fitness studio, and a business center for students to utilize throughout the year.

“Hoar worked for two years to keep the project on the original timeline despite multiple challenges such as labor interruptions caused by the onset of the pandemic, weather delays, and the added difficulty of laying a tiered foundation due to the site’s location on a hill,” according to the announcement. “Hoar’s use of pull planning during the initial preconstruction stages fostered effective collaboration between all partners and enabled the team to successfully navigate around material shortages and project delays, so the project schedule stayed on track. Due to the firm’s proactive planning methods and close contact with trade partners, Hoar was able to save significant capital for the owners.”

Hoar wrapped up construction as scheduled before the official student move-in date on August 16. Inspire Atlanta is Hoar’s second project with Capstone under the Inspire brand, with the two entities previously working together on Inspire on 22nd near the University of Texas at Austin.

“Our burgeoning relationship with Capstone has allowed us to make a mark in the student housing industry in markets across the country, and we are happy to reach a successful conclusion on our inaugural student housing project in Atlanta as the new school year dawns,” Tony Huber, senior project manager at Hoar, said. “Inspire Atlanta is a premier, amenity-laden community that will stand the test of time while offering a dynamic living experience for students in the decades to come.”

Inspire Atlanta marks Hoar’s first student housing project in the Atlanta market, where the firm has already built a footprint through decades of construction work in various sectors. Hoar recently completed construction on the renovation and reimagining of Colony Square in Midtown. 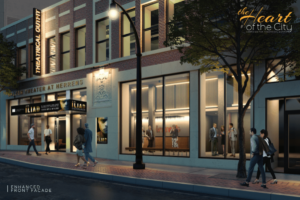 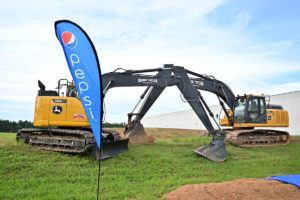