Plus other big changes coming soon to Atlantic Station

Plus other big changes coming soon to Atlantic Station.

In doing so, H&M Atlantic Station will become the retailer’s Southeastern Flagship.

The H&M in Atlantic Station is already the highest performer in the metro Atlanta area, as well as the southeastern U.S., according to a company spokesperson.

“Despite all the changes taking place in retail nationwide, an on-trend apparel mix is still essential for overall merchandising success,” Nick Garzia, Atlantic Station’s director of leasing, said in a prepared statement.

“Having the flagship H&M for the southeastern U.S. further distinguishes Atlantic Station in the highly competitive in-town retail market.”

Plans to construct the new H&M flagship were filed with City of Atlanta late-August. At the time of the filing, an H&M spokesperson denied the plans.

On Monday H&M submitted a bids request seeking a company to build the project. Bids for the project are being accepted through October 20.

H&M’s overhaul is comprised of several “integral parts,” according to the bids request.

One part of the project includes the construction of a new 10,282-square-foot two-story infill building within the alleyway between “Building 7 South” (H&M’s current two-story location) and “Building 7 Middle.”

The new façade will also be applied to the East and West Elevations of the new infill building. 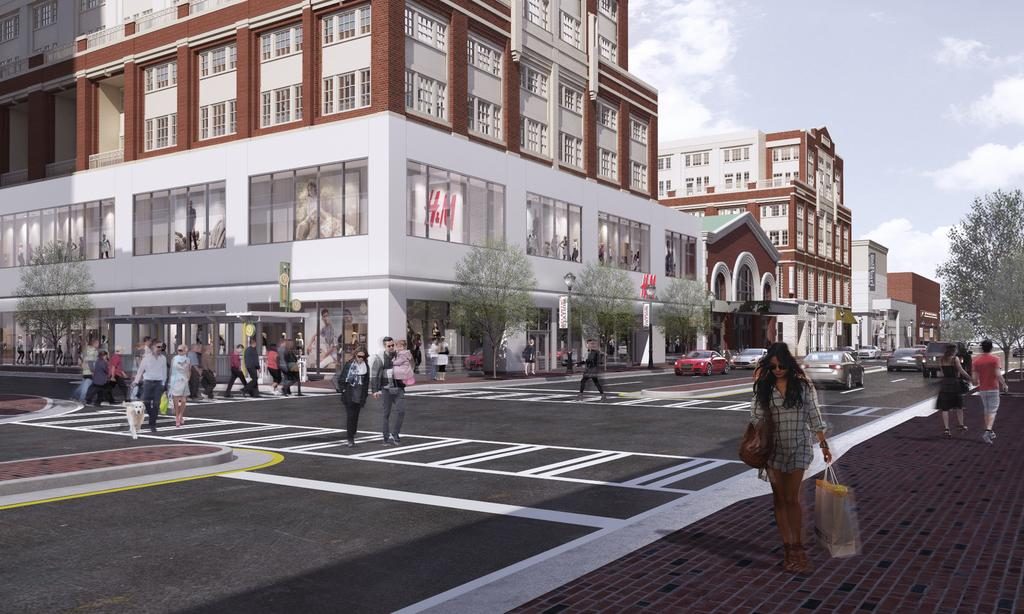 In 2018, both Hines and AMLI Residential expect to break ground on new office and multifamily developments, as well as expansion of H&M’s current footprint to the 40,000 square-foot flagship.

With the purchase of the two land parcels—the 6.1-acre “Pinnacle” lot and the 2.7-acre “Block B” property—the Retail owner also acquired the master developer rights, which includes the management of the Master Owner’s Association and the District Owner’s Association.

The Pinnacle Lot, which is located on the north side of the property behind Regal Cinemas with frontage overlooking the Connector, will temporarily serve as a dedicated space for Atlantic Station’s extensive lineup of festivals and events, while providing the flexibility for future development.

The site is currently hosting Cirque du Soleil through November 19.

Block B is located between 16th Street and 17th Street, adjacent to the future location of Atlantic Yards, Hines’ recently announced office development consisting of 500,000 square feet of office space in two buildings.

“There are going to be more changes at Atlantic Station in the next 18-24 months than there was in the previous ten years,” Garzia said.

“Beyond the new and expanded retail and restaurants within the Town Center, the addition of two new Hines-developed office buildings and the new AMLI Residential building along Market Street provide the entire project with more critical mass that will enable the development of the Pinnacle Lot and Block B down the road.” 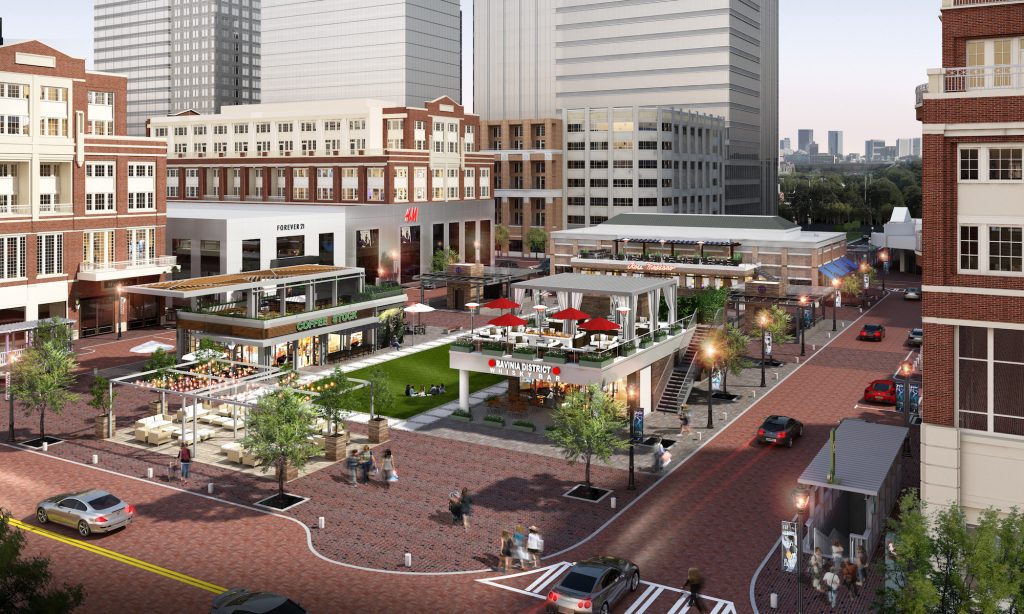 181-key, all-suites hotel was acquired shortly after its debut.

Atlantic Station is Getting a Champagne Bar and Parisian Bistro