Plans drafted earlier this year have to now be approved by Jamestown, the restaurant's new landlord.

Fado Irish Pub in a few months could start construction on a new covered patio in Buckhead.

Permits for the project, which call for a permanent, 832-square-foot outdoor area with seating and fresh landscaping, were approved by the City of Atlanta earlier this year.

But the plans took a back seat as Jamestown sought acquisition of The Shops Buckhead Atlanta, the mixed-use development that houses Fado Irish Pub.

Jamestown has to re-approve those plans as the new landlord, Brian Russell, the general manager for Fado Irish Pub in Buckhead, Saturday told What Now Atlanta over the phone.

“We’re always looking at ways to improve the restaurant, and the new patio area is that latest example of that,” Russell said.

There is little to no chance that the plans would change or worse, not get approved, according to Russell.

It’s unclear if the Ponce City Market developer would cover the cost of the $300,000 patio as part of a tenant improvement allowance. 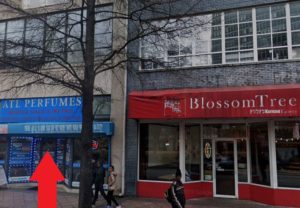 Taqueria and live music venue will open in former Pastis space in November.

Tom Ford Closes Its Store In The Shops Buckhead Atlanta, Will Open In Phipps Plaza Nov. 1

Jamestown will host a series of town hall meetings where members of the community are invited to join in discussions on the property and its place in Buckhead.