Pellerin also released the project’s fly-through, its latest renderings, and a site plan.

Third Street Goods, the brainchild of two Atlanta barkeeps, Kathryn DiMenichi and Holli Medley, will be a neighborhood market situated in a 3,400-square-foot space at The Beacon Atlanta, complete with a patio. DiMenichi and Medley launched a Kickstarter campaign for the project in May 2015 while searching Atlanta high and low for the perfect location.

“Third Street combines the freshness of a farmers market and the convenience of a big name grocery,” Pellerin told What Now Atlanta (WNA) in an email. “A one-stop-shop offering seasonal and regional products and as many organically produced foods as possible.”

“The object of the game is to be the first team/player to knock down all of your opponents pins that are set up in a traditional bowling layout; using a football,” Chaise told WNA in an email Friday.

“We will have approximately twelve lanes that will feature a round-robin style of play; where the winner stays on the lane and the losing team has to find an open lane.”

The 8,000-square-foot restaurant and entertainment venue will offer a menu of shareable small plates and craft cocktails, a farm-to-table-style restaurant concept utilizing the nearby Grant Park Farmer’s Market. And there will be plenty of room to chill with a neighbor and a cold one on the 1,400-square-foot patio. 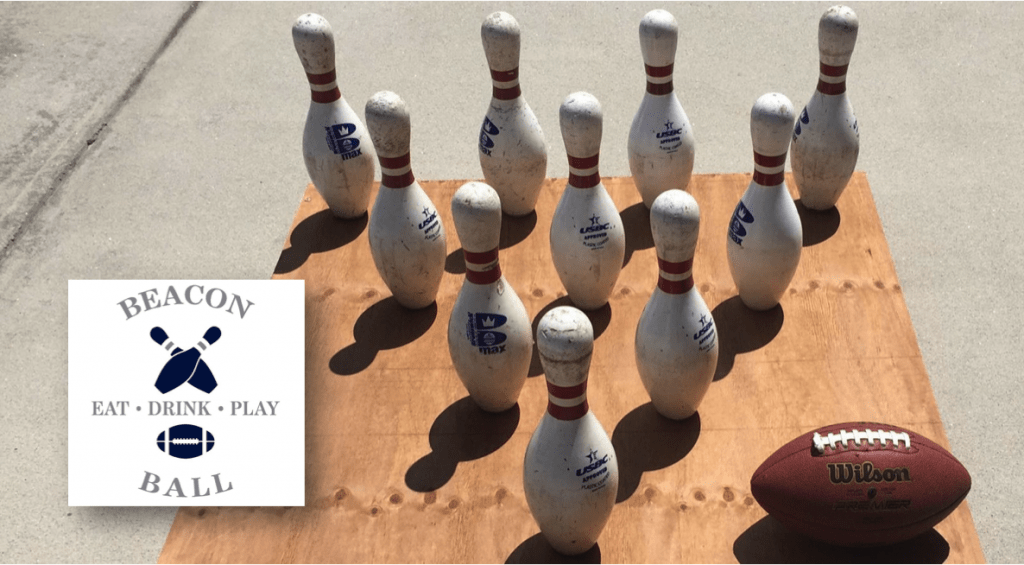 Balanced Fit Life is bringing its second studio to The Beacon Atlanta (the first is on Confederate Avenue in another Pellerin property.) Expect a full-service fitness, health and wellness boutique, offering everything from yoga and TRX, to barre and personal training.

Sidney Hollwager, a stylist of nearly 26 years, is planning Salon Vagabond in a 2,500-square-foot space at the redevelopment project. Hollwager has worked in salons across the U.S. and Canada, including Warren Tricomi and EDRIS salons in NYC, and picked The Beacon Atlanta for his first store because he share’s Pellerin’s vision.

“We wanted a space that felt urban but that was peaceful as well,” Hollwager told WNA in a telephone interview Friday. “Modern but comfortable. We love the bones of the building and the idea of reuse because we’re trying to be a responsible business ourselves.”

Salon Vagabond will exclusively use Oway products, an organic line made in Italy, and will offer hair cutting and styling, and other treatments like “Smoothing Rituals” using an “Organic Keratin Smoothing System.” 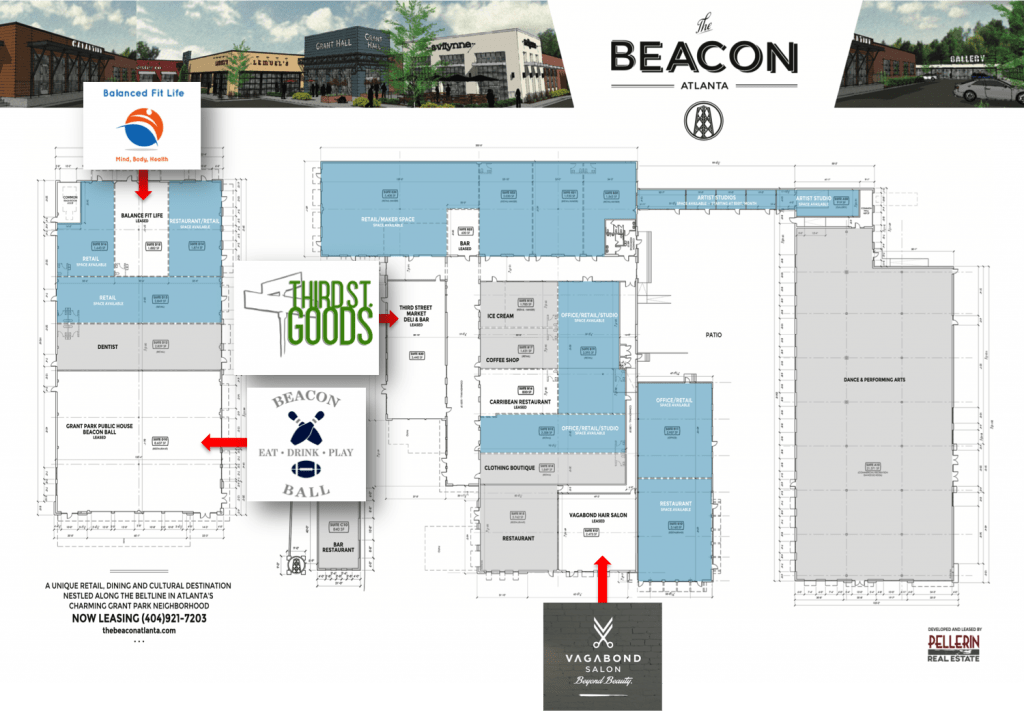 Cascade Heights is Due for a Juice Bar

Pellerin Real Estate expects to announce a new tenant within the next 30 days.