The ante’s high for Kirkwood’s Aces Bar and Grille after seeing a decline in business, according to Zach Pope, manager of the dive bar.

On a trip to the restaurant Thursday, Pope told What Now Atlanta he doesn’t feel the neighborhood is bluffing about wanting more family friendly options.

The dive bar at 1992 Hosea L. Williams Drive will close at the end of May to reopen under a new name and concept in June, according to Pope.

“A lot of families have settled in,” Pope said. “We need to cater toward the neighborhood.”

Transitioning into a “gastro pub,” Pope said the restaurant will offer higher-end food and craft beer.

“Gastro pubs are everywhere,” Pope said. “It’ll be for foodies.”

The bar will undergo an extensive face-lift, he said, which includes painting to “brighten up” the space, making “Eco-friendly” choices like reusable cup-ware instead of Styrofoam and adding a kids menu. The pool table will also be removed to make way for a “dart league.”

“Smoking inside is still up in the air,” Pope said. “We’re just trying to make some money and make people happy.”

What Now Atlanta spoke to Oakhurst resident Andre Price,  who said he’s been patronizing Aces for more than four years.

We asked Price if patronizing the re-conceptualized Aces was in the cards.

With a new vegan bakery next door and the reopened Kirkwood Bar and Grille across the street, how do you feel about the recent changes in the Kirkwood neighborhood? Tell us in the comments! 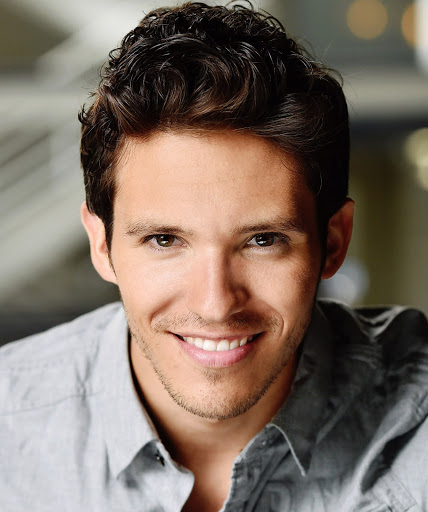 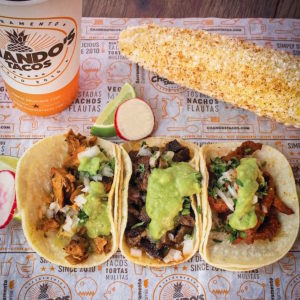 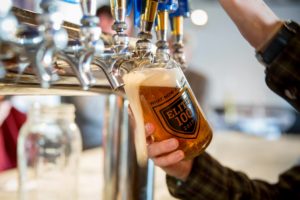 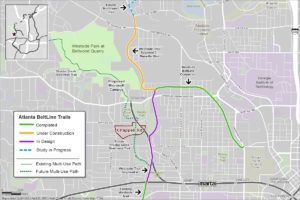 PLEASE no smoking inside at the new Aces! That was the main barrier to our patronage before! Can’t wait to see the new concept. I live only a couple blocks away and would love a great local place with excellent food. Kirkwood Public House’s change to the Bar & Grill has taken out a great food option and replaced it with “sports bar” fare (take bag from freezer –> insert contents in fryer). Can’t say I’m impressed with the food offerings…but I do still like the atmosphere and new set up across the street at the reincarnated KB&G. The owner… Read more »

hi ritch– thanks for the great tip btw!

You did it again, Atlanta.

Interesting news. As an intown parent myself, I’m thrilled to see so many families making a place for themselves in the intown neighborhoods. But I don’t see why non-kid-friendly bars can’t still operate alongside family-friendly options. We live downtown and two of the three closest restaurants to us are smoking places that we can’t take our kid to. OK, so we walk a couple of extra blocks to get to a place we CAN take our kid to. What’s the problem? Is this a case where Aces is losing business because families is moving into the area and singles are… Read more »

What would be the point on adding a kids menu and then allowing smoking inside?

Glad to hear you guys are making the change. I have lived a few blocks away for 3 years or so and have only been in there a few times. We just had a little one and would love a close option to be able to take him out to eat with us. Love good food and good beer. I’m willing to pay a little more than what you guys used to charge if the quality is there. I know your food was always good before. Can’t wait to see the change! Good luck!

That is great news – the area needs to cater to families and Kirkwood Town Center is a great place for retailers like this. I would like to see more new bussinesses come to this area – I wonder what is to become of the former Mrs Winners and that old gas station on the other corner.

I love Aces the way it is (except for the smoking that usually keeps me away). BUT, I am a huge foodie and would love to have some great high quality gastro pub fare in Kirkwood! Just please keep the smokers outside. I was there at Cinco de Moustache event last night and the tacos were great, and I really enjoyed my margarita. Josh knows how to do food well, so this is good news. I’m disappointed that What Now Atlanta chose that particular headliner, as it doesn’t tell the whole story.

Considering the owner doesn’t like me I wonder if I’ll be able to give his new family friendly option a try. Last I heard from he he said he wouldn’t serve me or accept my money.

It sucks that he has to change his bar since he was here first, but I think it is a smart move and I hope it works. The new KB&G will only continue to take business away from Aces because it is similar in concept (bar and grill). Hopefully by re-conceptualizing, Aces can fill an untapped nitch in KW. That makes sense, and it is up to us to support it. It is what we have all been asking for on the message boards. It is time for us to put our money where our mouths are.

I think this is great news. I’ve heard good things about Aces and their food, but with a toddler at home, it’s unfortunately not really an option for us. On the rare occasion we do get a night out without the kid, we’re not likely to spend it at the bar down the street. 😉 Another option for good food and brews in walking distance sounds perfect to me, I hope they’re successful!

Bars with smoking are a niche market with a rapidly shrinking niche. I think Aces figured that out late last year when they began prohibiting smoking before 10:30 pm. Once the smoke cleared away we and many of our neighbors started going there for dinner. Their food, particularly the sandwiches, and service is already pretty good and if not at the level of a “gastro-pub” is pretty close. If Vinocity/K’Pub had Aces’ menu, prices, food and service they’d probably still be open.

The non-smoking Gods have smiled upon us!! I used to frequent Gathering Grounds all the time and typically in the afternoon just as Aces would start revving up on a nice sunny day they’d open the doors and out comes the smell of stale cigarettes that would completely ruin my time at the coffee shop (I like to sit outside). I’m glad to see them transitioning and look forward to spending some money there now that I can take my family minus (hopefully) the smell of stale cigarette smoke.

Fair enough, for Atlanta. One day perhaps someone will try to make quality food. Kirkwood would certainly be the wrong place for that though. Ditto raising a kid…yikes..

Looking forward to trying it out

I HATE this! Kirkwood Aces was a BAR. A place where you go to drink and maybe eat something and yes, SMOKE!

I never could figure out why all of these people wanted to bring their kids into a bar! Aces was a bar for bar people. May I suggest Applebee’s for those parent who just HAVE to have a bar that also has a kid’s menu?

I’m just glad I was there for the “Good Ole Days”.

what other retailers would you like to see in Kirkwood?

I’ll be glad to check it out and spend time and money there as long as there isn’t any smoking inside. smoking is a non-starter.

Why not just step outside and smoke. Kirkwood has the space to have something for everyone, but we’ve got to get a couple successes b4 others invest.

I hope for th folks at Aces that a revamp works. At the same time, I don’t have kids and when I want to grab a drink and relax I don’t want to be surrounded by other people’s kids. Aces was one of the dew places in oakhurst/kirkwood that was for grownups only. Sad.

We used to go to Aces quite a bit until, on one occasion, the drunk owner was incredibly rude when we told him his coke (for our 15 yr old) was flat. Never went back after that.

So sad to see this happen. This is one of my all time favorite places, especially the fish and chips. I used to frequent when I lived in the neighborhood and now only go a few times a year. I always made a point of taking my out of town friends in for a bite and the “rock-n-roll” atmosphere.
I loved it because it was a true alternative experience. I will get back in before the end that’s for sure. One of the former waitresses invented a shot drink for me once. Nothing but love.

I liked that aces was a bar for adults; however, I never went because of the smoke and lack of food options. With the opening of Kb&G, I now have no options for dinner or good beer in the neighborhood. It’d be great to have a place to grab a bite and some good beers. Looking forward to the change. Best wishes! I’ll see everyone at the grand reopening!