The boutique project will rise near Mercedes Benz Stadium.

The boutique project will rise near Mercedes Benz Stadium.

A tipster close to the project furnished unreleased renderings of the boutique hotel to What Now Atlanta (WNA) Tuesday.

Hotel Cameron will be situated at 537 Joseph E. Boone Boulevard, N.W. on land lot 82 of the 17th District, Fulton County.

Details surrounding Hotel Cameron are scarce but a hearing scheduled for September 14 with the Board of Zoning will address the project’s parking.

The agenda calls for “a special exception to reduce the required parking from 166 spaces to 63 spaces.”

Another “Hotel Cameron” is planned for West Midtown, at 1021 Northside Drive, according to Curbed Atlanta.

It’s unclear is the projects are related or are one in the same.

A broker representing the .89-acre site on Northside Drive Tuesday confirmed with WNA over the phone a boutique hotel was finalizing equity to acquire the land.

But the group was not BridgeSouth Hospitality, he said.

Several permit applications filed with City of Atlanta last year with the Northside Drive address did bear the “Hotel Cameron” name. Those permits were for demolition of a three-story commercial building at the site.

The land has since been cleared.

It’s possible BridgeSouth chose to move the project downtown and that a different boutique property will now open on the West Midtown site. 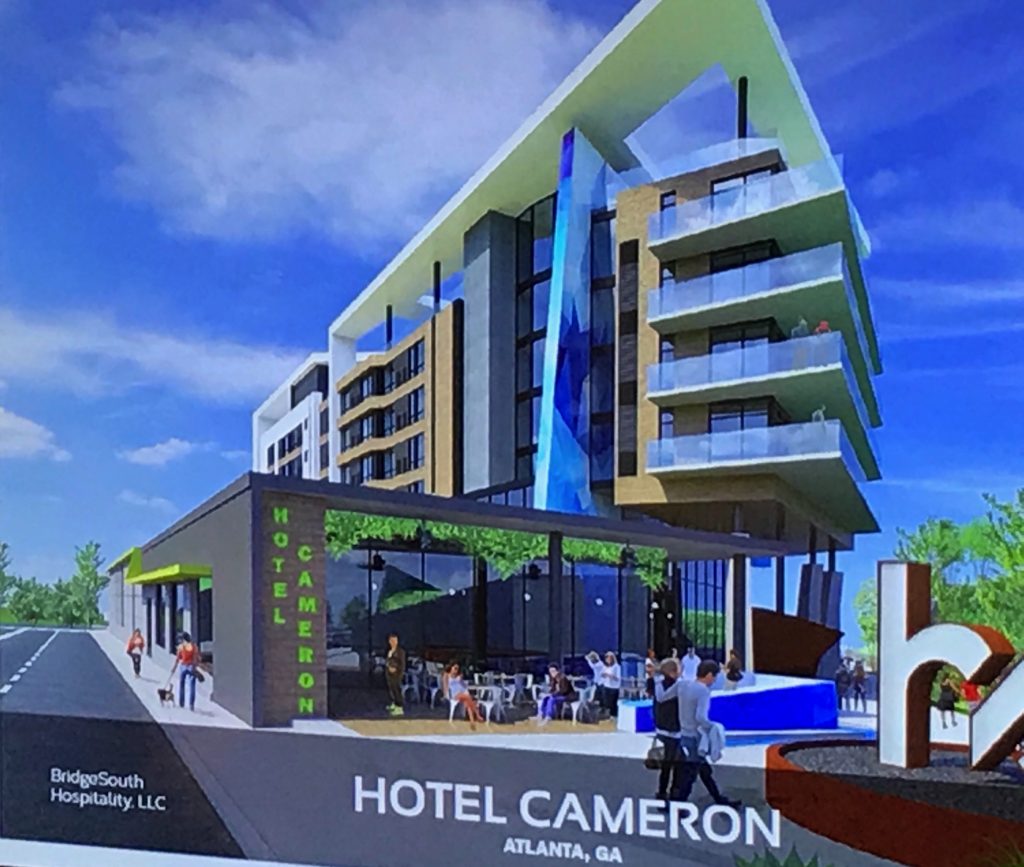 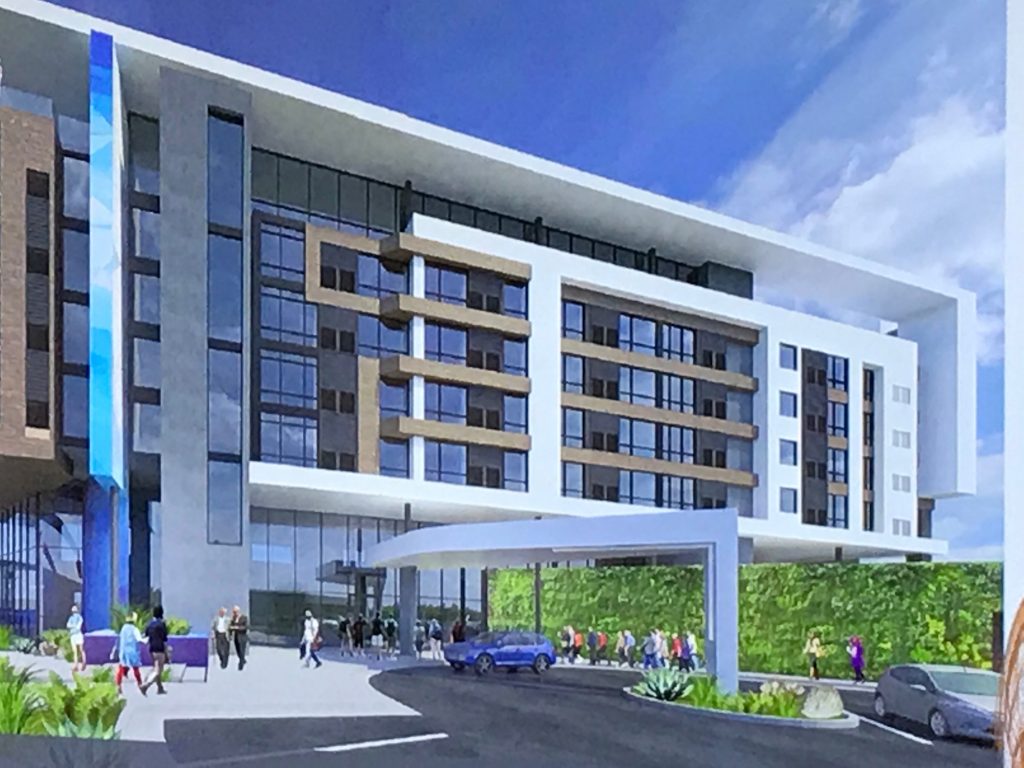 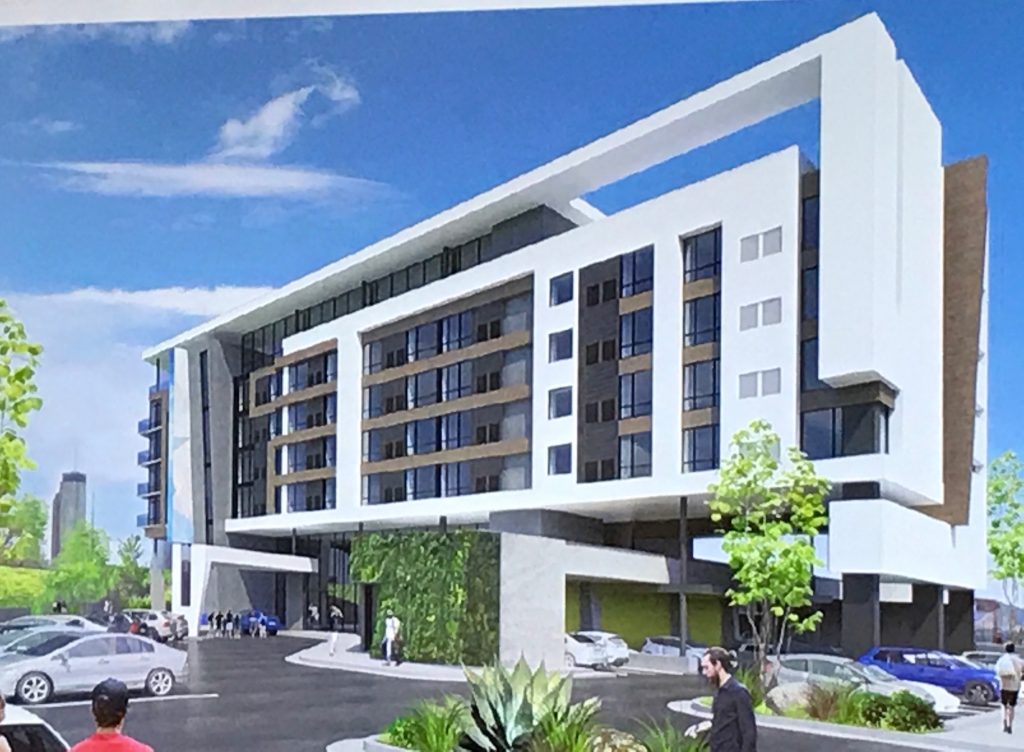 Permits were recently filed for the roughly $90 million project which is expected to deliver in 2021.

With zoning variance and special use permit approvals, mixed-use could add another 4.5 acres to its 9-acre footprint.