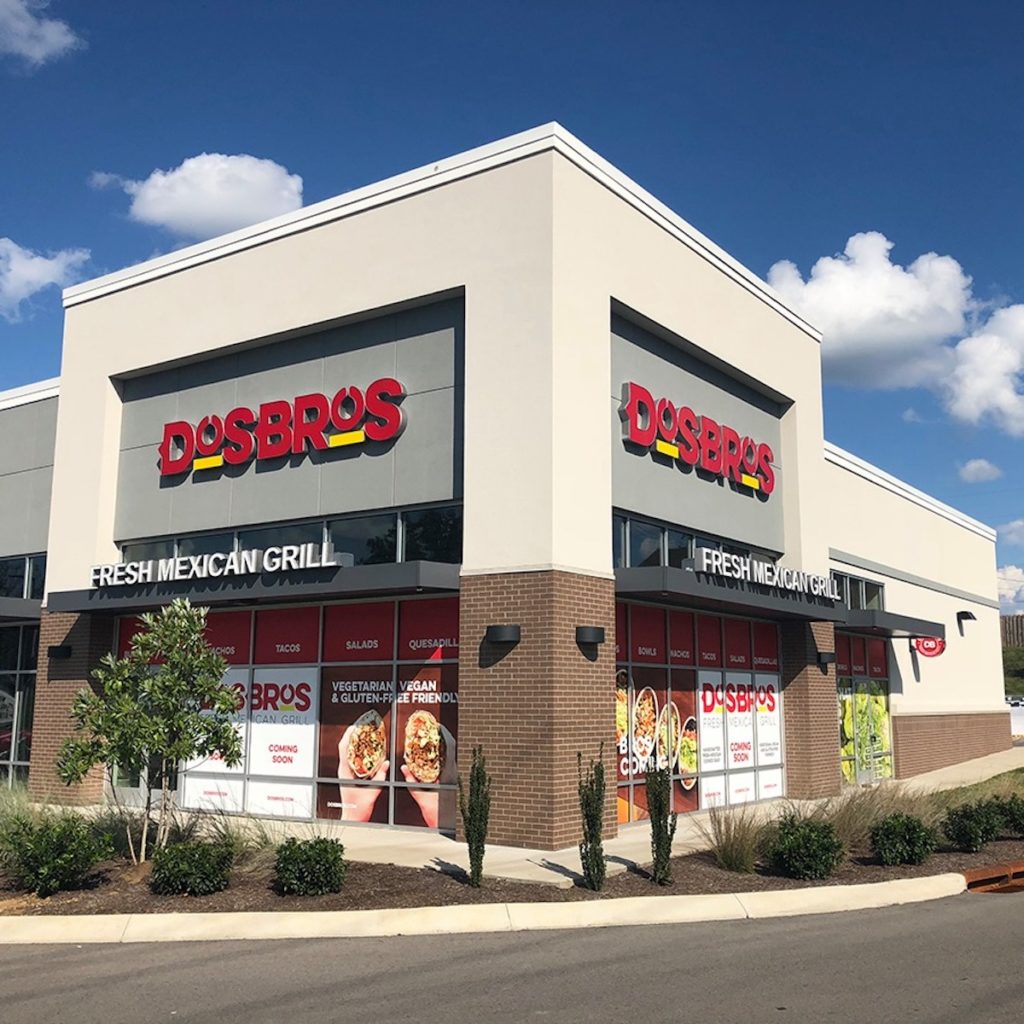 The beans that each DosBros Fresh Mexican Grill serves are soaked overnight before they’re boiled the next morning.

“It takes us a little longer, about two hours for the beans to be done, but at the end of the day, you know there are no preservatives, no additives inside,” DosBros co-founder Kush Shah said in an interview with What Now Atlanta. “It’s all fresh, natural ingredients … We just embrace those simple things and we focus more on the ingredients and getting the right ingredients in our store.”

DosBros applies the same principles to everything else the Tennessee-based Mexican restaurant chain serves. The salsa, the marinated meats, the hot sauces, they’re all made from scratch, according to Shah. “I would love for the customer to just feel how simple our food is and how fresh it is. I would love for my guests to experience that,” he said.

This experience that DosBros provides resonated with the people in Cleveland, Tennessee, where Shah and his business partner Milan Patel opened their first restaurant in 2015. Since then, DosBros has expanded with 12 locations across Chattanooga, Knoxville, and North Georgia.

The team now has their eyes set on expanding in the Atlanta area, hoping to open the first of many locations within the next six to nine months. Eventually, Shah hopes to have 50 to 60 locations in Atlanta within the next few years, running these new locations very similarly to the Tennessee locations. For him, that also includes working with the local communities they operate their stores in.

The team is hoping to open its first Atlanta-area location in Sandy Springs. Shah, who moved to Sandy Springs three months ago, recognizes that a bigger city means more competition. While the location has not been disclosed, Shah said the company has issued a Letter of Intent (LOI) for a space.

For Shah, offering a few things at the highest quality has more value than having a wide variety of options. “I feel sometimes that can be your strength, having limited options,” he said. That said, the team is also in the process of adding to the vegetarian, vegan, and gluten-free options on the menu, trailing a chickpea curry recipe with garbanzo beans.

Though DosBros puts heavy emphasis on its menu, part of their personality lies in their food’s punch.

DosBros uses a variety of ingredients to punctuate some of the homemade hot sauces available for customers, including a “Death Sauce,” made of dried red chiles.

All this culminates in a food that Shah hasn’t quite put a label to. Though the food is Americanized, Shah says it’s not quite Tex-Mex. “Maybe try to come up with a new category,” Shah suggested.

And here I am, creeping up on lunchtime and five months into quarantine life without restaurants or takeout, looking at this DosBros like it’s got all the Michelin stars. Holy cow I would crush some generic fast casual Mexican food right now.

You’re not doing delivery or takeout???

Although most people have realized at this point that Covid is not spreading via restaurant food, the wife runs an insanely very strict quarantine. We could get takeout food, but the safety protocols make it more trouble than it’s worth.

LOL, happy wife = happy life!
I think I’d go bonkers if we didn’t get delivery a few times a month…
Bless your heart.

Haters gonna hate, but I love Taco Bell, authentic Mexican food, and everything in between.

Please, for your own sake, don’t eat Taco Bell.