It will be the second location for the restaurant group's 'contemporary' Mexican eatery and will open adjacent sister concept Yum Chao.

This post is an update of: [Renderings] Plans Filed For $1 MM Alma Cocina Buildout in Bricktop's Space 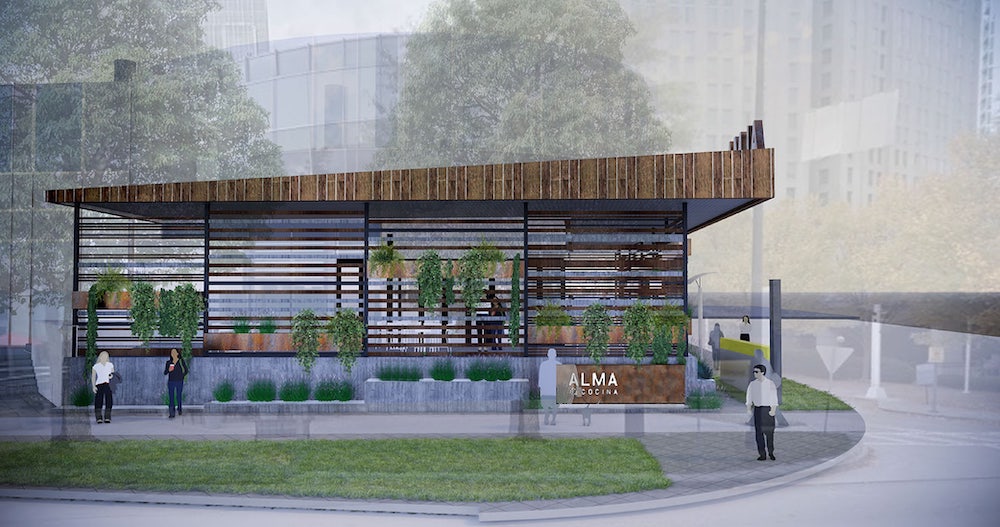 It will be the second location of the “contemporary” Mexican eatery from the hospitality group whose portfolio is made up of South City Kitchen, Ecco, La Tavola Trattoria, The Original El Taco, Lure, as well as full-service events company Bold Catering & Design.

Alma Cocina Buckhead, first announced in early-2018, is situated at the corner of Peachtree and Piedmont in the Terminus development, joining its sister restaurant in downtown Atlanta.

Executive Chef Chad Clevenger will lead the kitchen having served in the same position for the restaurant’s downtown location since its opening in 2012.

As Clevenger takes the helm at Alma Cocina Buckhead, Robert Rambo, a former sous chef who has trained under Clevenger for nearly four years, will take over as executive chef for Alma Cocina Downtown.

“Chef Chad has always had a talent for incorporating traditional Latin American techniques and ingredients on the Alma Cocina menu while keeping things fresh, modern and approachable,” Robby Kukler, a Fifth Group partner, said in the release.

“He has a deep understanding of the evolution of Latin cuisine and we could not be more excited for him to carry the torch as we introduce Alma to the Buckhead neighborhood.”

Its menu will be similar in style to the downtown location which features first bites, small plates, large plates, signature, and street tacos and for-the-table options.

A few signature dishes include:

The space is designed by Atlanta’s ASD|SKY, with highlights like a large, low-ceiling bar serving as the restaurant’s “nucleus,” flanked by a floating rebar cage and industrial lights.

Alma Cocina Buckhead will be complete with patio seating.

An exact opening date has not yet been determined.

Fifth Group is planning an adjacent restaurant called Yum Chao, as first reported by What Now Atlanta earlier this year.

At the time, the spelling of the name was “Yum Chow.”

Featuring a “celebration of Chinese cuisine,” Yum Chao is anticipated to open sometime next year.

216-key adaptive reuse hotel will be second for the brand in the market joining the Kimpton Overland Atlanta Airport.