The team behind Vego Bistro food truck have filed permits to open a commissary kitchen in Austell’s Brookwood Square.

Plans down the road call for a permanent restaurant in the shopping center, at 3999 Austell Road.

Owners Lindsay and David Esterline have secured the space and currently seek funding through GoFundMe.

At the time of this publication, the couple has raised $61,600 of their $75,000 goal, though a majority of the funding has been used for the food truck’s startup costs. 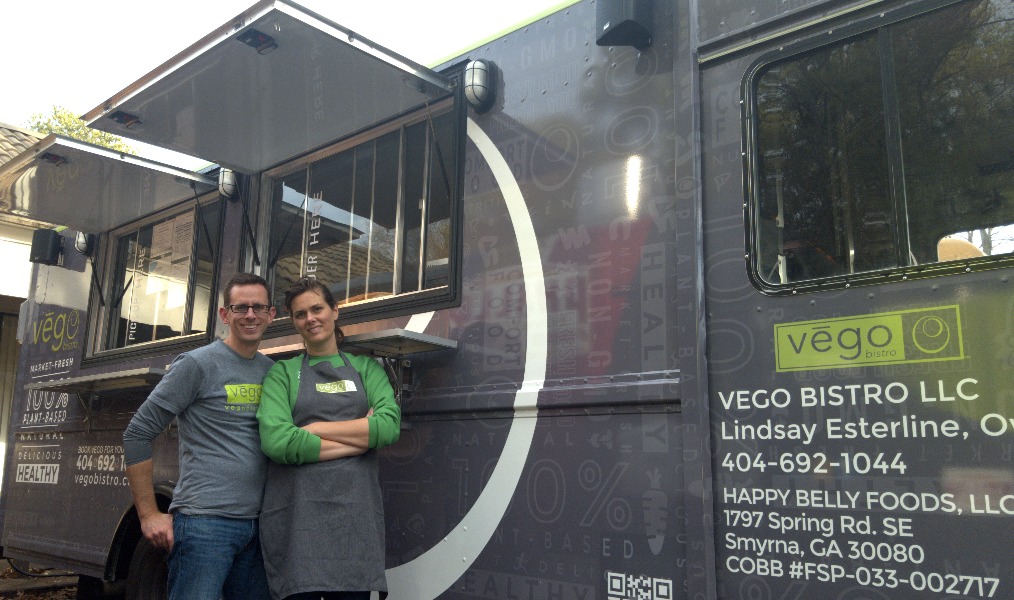 In addition to the food truck and eventual restaurant, Vego Bistro has an altruistic mission.

In partnership with local churches and non-profit organizations, the food truck visits low-income and homeless shelters one weekend per month where it serves the same menu at no cost.

The Esterlines’ food truck has been off the road while their new commissary kitchen undergoes renovations, although they still serve food a few days a week in the Brookwood Square parking lot.

Entrees include a BBQ Pulled “Vork” sandwich made from jackfruit and a citrus, kale and quinoa salad. The truck also serves soups, sides, desserts and cold-pressed juices.

100 percent plant-based burgers will be served out of Westview storefront starting January 13.

Indianapolis-Based ClusterTruck Is Bringing its 'Virtual Food Trucks' To Atlanta

The delivery-only restaurant concept will operate 11 food trucks out of one downtown kitchen, deliver its 100+ menu items for free.