The existing Kroger facility, built in 1986, will be demolished and a brand-new 60,000 square-foot Kroger prototype will be constructed in its place. The new store will be immediately adjacent to the Atlanta BeltLine with a dedicated entrance directly on the path. The office project and BeltLine connection will be complete in late 2018 and the new Kroger will be open to the public in early 2019.

“Kroger is excited to build a new store to suit the unique needs of our in-town customers,” Glynn Jenkins, director of public relations for Kroger’s Atlanta Division, said in the release.

“It will include an expanded natural foods and organic assortment of products, extensive prepared foods, ‘Click List’ online grocery ordering and other amenities so that we may offer even more choices and convenience for our loyal customers. We are delighted to partner with New City on this innovative project, and we look forward to re-opening the store and serving the community in 2019.”

Above the Kroger, New City will construct 360,000 square feet of Class-A loft office space. The building will include open floor plates with exposed 13-foot ceilings, divided light windows, and a refined industrial aesthetic.

The building will also feature multiple stair-stepped outdoor terraces, which will provide office tenants and the public with the opportunity to work and congregate outdoors and enjoy spectacular views of the Atlanta skyline, Ponce City Market, and Historic Fourth Ward Park. Below the footprint of the project, over 900 new dedicated subterranean parking spaces will be constructed to serve future office tenants by day and BeltLine Patrons on evenings and weekends.

Finally, as part of the overall redevelopment, New City has worked with the owners of the adjacent Ford Factory to create a new dedicated BeltLine entrance to their building, a public breezeway, and new BeltLine-Facing retail spaces inside the existing structure. The breezeway through the building will be constructed in the immediate future to ensure that the Ford Factory’s existing tenants can directly access the BeltLine while construction of 725 Ponce is underway.

“I’m thrilled to have the opportunity to reimagine all the possibilities of a modern loft-office environment within the context of the Beltline and Ponce City Market,” Irwin said. “It’s been particularly inspiring to work with Kroger and the team at the BeltLine to design an elegant store where it will actually be possible to do your weekly grocery shopping on foot or by bike.” 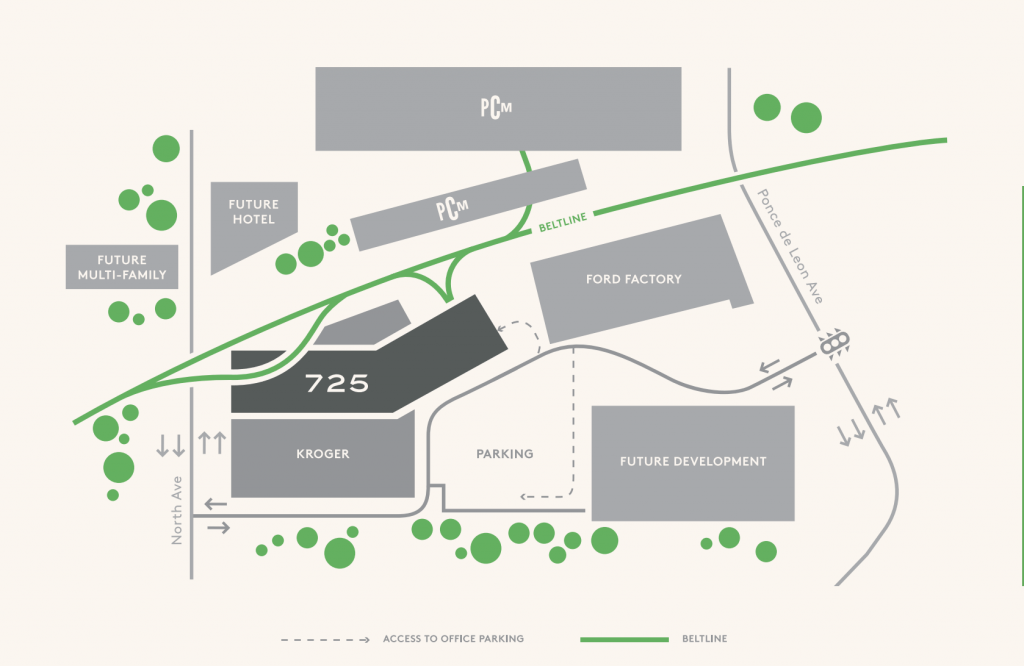 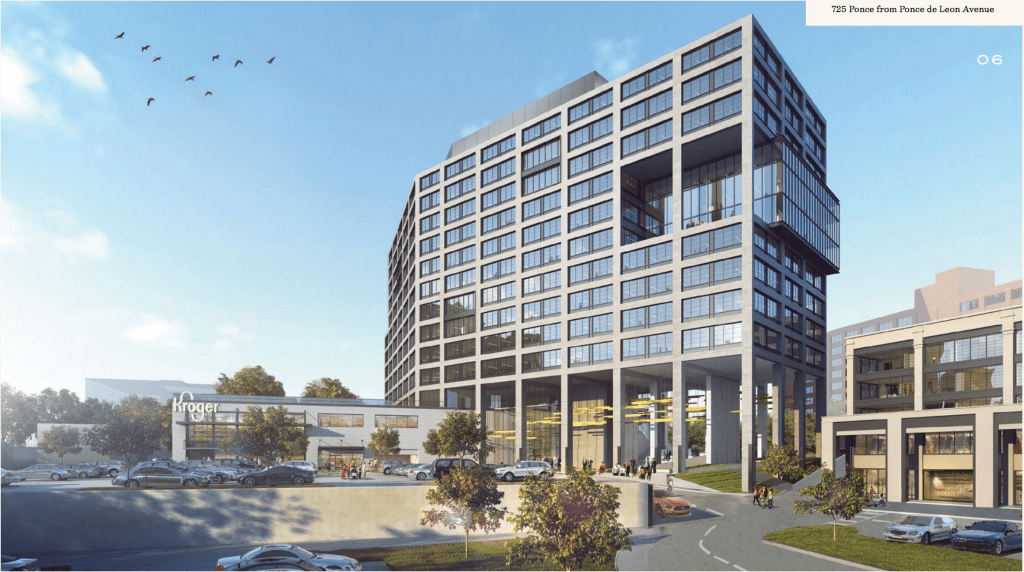 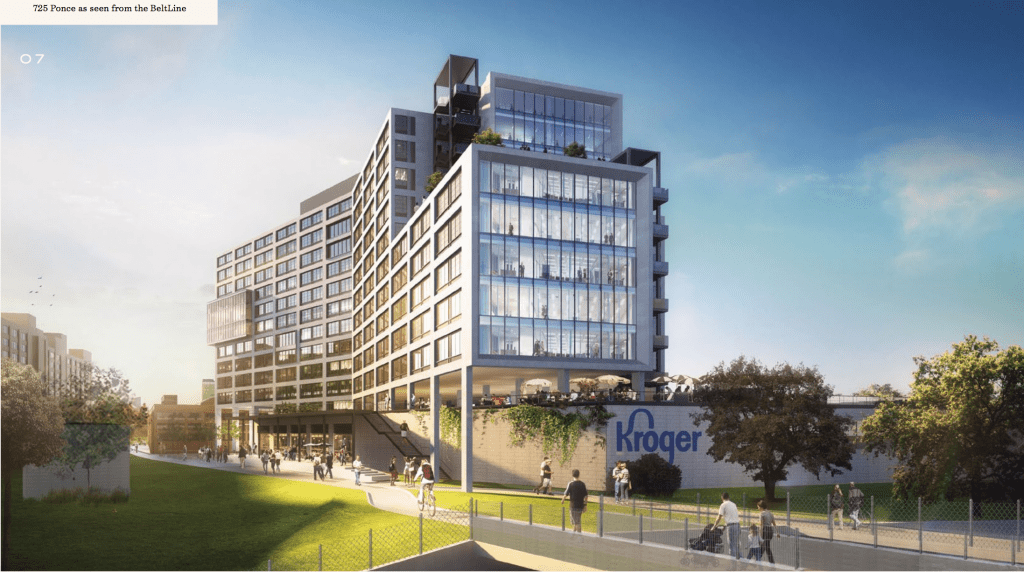 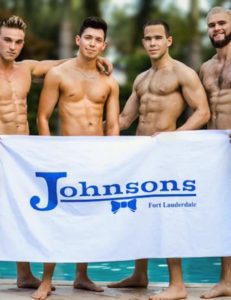 Sip boba tea and juice smoothies adjacent the BeltLine on the restaurant's patio.