It's the second Atlanta-area outpost of the California-based ramen shop, agreement in place for up to three more.

It’s the second Atlanta-area outpost of the California-based ramen shop, agreement in place for up to three more.

Julie Mei, the Jinya Ramen Bar Atlanta-region franchisee, is moving forward with plans to open a second location of the California-based ramen shop, this time in Buckhead.

Plans this week were filed with City of Atlanta to buildout space previously occupied by Uncle Maddio’s, at 3714 Roswell Road, in the Powers Ferry Square shopping center for Jinya Ramen Bar.

An estimated $150,000 could be spent building out the 2,365-square-foot restaurant and the new shop is expected to open in June, “hopefully a little sooner depending on the City of Atlanta,” Mei in a telephone interview Tuesday told What Now Atlanta.

“It’s a prime location in the heart of Buckhead with a ton of residential and office nearby.”

Mei and her team were considering Kennesaw for Jinya’s second location before a broker turned their attention to the Uncle Maddio’s space.

But a Kennesaw location could still happen.

Mei has a franchising agreement to open up to five Jinya Ramen Bars in the Atlanta-area, she said.

“When I was looking in the market, I noticed there wasn’t any authentic ramen in the southeast region. We really like the Jinya brand and the product its self. So the moment we started the first location, we were planning the second one. It was just a matter of where.”

“We’re expanding and we’re very happy to serve the neighborhood’s where we’re situated and the surrounding communities.” 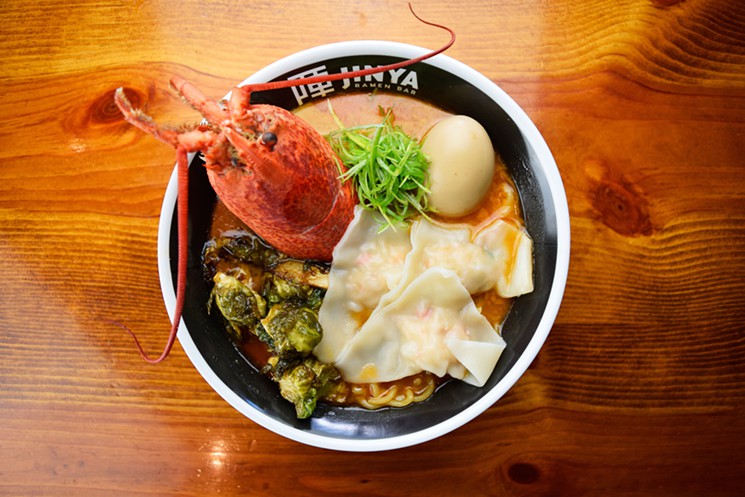 Where should Mei open Atlanta’s next Jinya? Leave your thoughts in the comments… 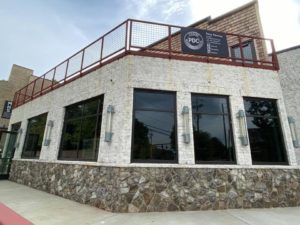 Cmon down to the Poncey-Highland area! Jinya is the BEST ramen around at the right price point!!

Poncey-Highland is already saturated in Ramen with Nexto and TonTon and Craft Izakaya (all nearby, although not sure if Craft will have Ramen still). I’d recommend moving further down South towards Reynoldstown, Ormewood Park or East Atlanta Village! There’s plenty of open spots in East Atlanta that can be converted into an amazing Ramen joint. (eg: the old location of MSR, the old Jiffy Grocery off of Ormewood and Moreland, or lots of vacant spaces in the new complex across from Edgewood Retail district (although competing against Rusan’s, but Jinya’s a whole different class of ramen), and of course lots… Read more »

Spaces available at 800 Glenwood Ave. or the upcoming Glencastle or the soon to open Atlanta Dairy space on Memorial Dr.

Need one in Smyrna, one in Alpharetta, one in East Cobb. Then I will be happy.

While Target, Lenox, Phipps Plaza, and others stay shuttered nearby, Roam opened its new Buckhead workplace to customers on June 1 for the first time.