The restaurant will be situtated between Burger King and McDonald's on Northside Drive.

The restaurant will serve-up free burgers Sept. 21 between Burger King and McDonald’s on Northside Drive in Home Park.

The proposal was simple: partner to serve the “McWhopper,” a burger combining the best of each brand’s signature burgers, from a single pop-up restaurant in Atlanta (a location central to both Burger King and McDonald’s headquarters.)

Burger King September 1 announced it would instead partner with Krystal, Denny’s, Giraffas, and Wayback Burgers, for the charitable event.

What Now Atlanta (WNA) Monday uncovered the Peace One Day pop-up will be situated in the parking lot of Burger King, at 1122 Northside Drive in Home Park, adjacent a McDonald’s in “neutral territory.”

“I’m not sure why corporate picked this location, but it’s going to be crazy,” a manager at the burger joint confirmed with WNA a trip to the location September 7.

Burger King has not officially announced the pop-up location and the packaging, uniforms, and pop-up design will most likely differ from the initial proposal to reflect the new partnerships.

Atlantans will “pay” for their limited edition mash-up burger simply by declaring with whom they’ll “settle the beef with,” putting it to ink on a “tray mat truce.” 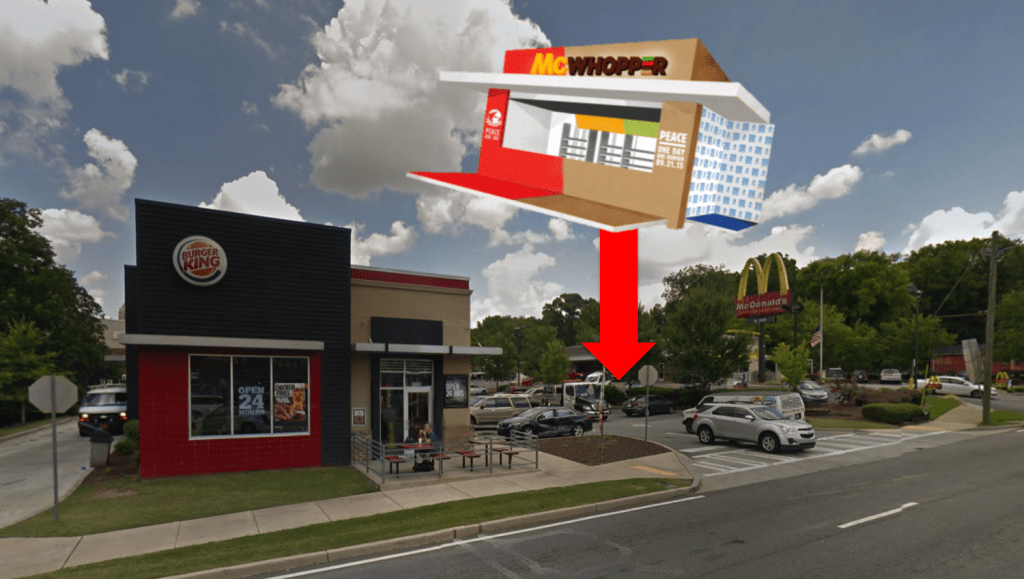 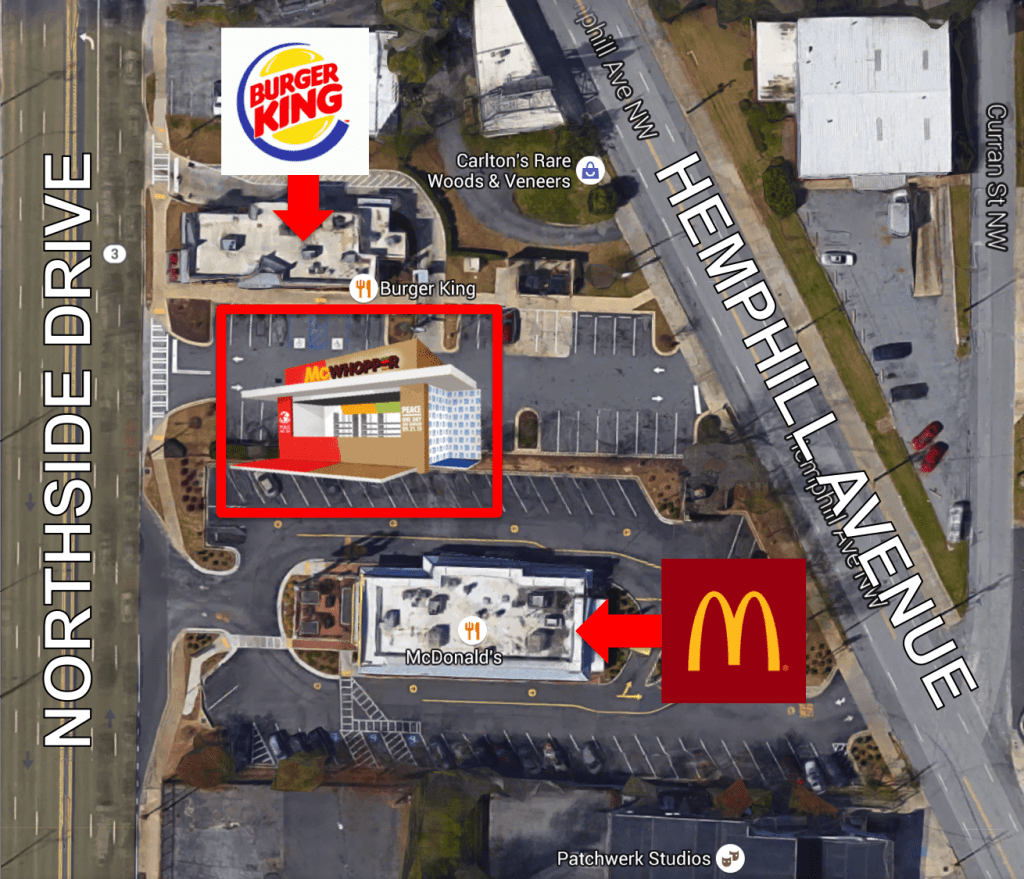 In related news, Wayback Burgers is planning an Atlanta location, according to the burger chain’s website. Wayback’s first Georgia outpost is in Savannah, and will soon open its second location in the state in Braselton.

Did Burger King pick the best spot for the Peace One Day pop-up? Leave your thoughts in the comments. 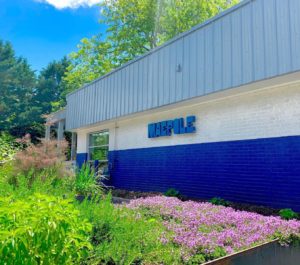 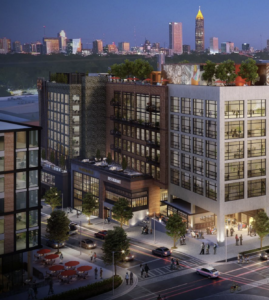 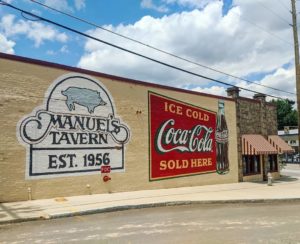 Cookout is killing them all on that corner. You can see Cookout is constantly backed up, Krystal and McDonalds have a few cars and Burger King usually has zero cars. This is a good place for a BK promotion because they appear to be done. Giving away burgers might be the only way they get any customers. Chick Fil A and Waffle house are coming to that corner too. Next year by this time BK will probably shutter

#TheOnlyBurgerYoullEverWant may be ready as early as mid-December.

Catch Pokémon and devour themed burgers and drinks at this ticketed event October 12 and 13.