Mediterranean fast-casual eatery The Hummus & Pita Co. will open its first Atlanta restaurant, at 4511 Olde Perimeter Way, on Saturday, November 21, according to a press release Thursday. This is the first of three franchised locations opening in the Southeast before year’s end — the other two are in Alabama — and as part of a five-location deal with the franchise group Premier Kings, Inc., one of the largest Burger King franchisees in the country. Premier Kings’ portfolio includes more than 170 locations of Burger King, as well as 14 Popeyes restaurants throughout Alabama, Florida, Georgia, South Carolina, and Tennessee.

“We saw a great opportunity in The Hummus & Pita Co. franchise and we are excited to finally share their innovative Mediterranean eats with Atlanta this weekend,” the Premier Kings, Inc. team said collectively in the release. “It’s a pleasure to add The Hummus & Pita Co. to our franchise portfolio, especially considering how Mediterranean cuisine currently represents one of the hottest segments in the fast-casual restaurant industry, and we look forward to growing the popularity of the brand into the Southeast.”

Brooklyn-born Hummus & Pita Co. was founded in 2011. All menu items are made from scratch on the premises at each location including freshly-baked pita and laffa bread. The restaurant also offers an array of vegetarian dishes, meats cooked in a traditional taboon oven, and its signature Chickpea Chiller milkshake. The new Atlanta location will be open daily from 11 a.m. to 8 p.m. and will offer dine-in, curbside, takeout, and delivery. 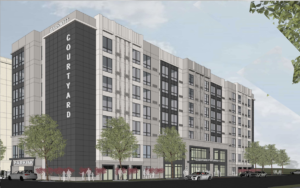 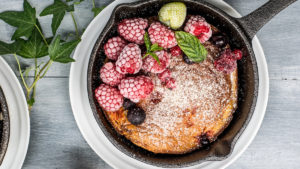 More than 30 locations already cover the Southeast, with an estimated 45 opening by the end of 2020.

Restaurant chain 'inspired by the Hawaiian sushi bowl,' has 18 existing locations, plans to dock in Atlanta in 2020.

Plus other updates on WRS, Inc.'s overhaul of the mixed-use development including entertainment and workforce housing.