West Midtown in early 2019 will be home to a new Roman restaurant.

The team behind Buckhead’s Storico Fresco are in the planning stages to open the yet-to-be-named concept in Westside Provisions District.

Michael Patrick, Pietro Gianni, and Thom Williams are looking to bring a “Roman state of mind” to Atlanta through the concept, Patrick told What Now Atlanta (WNA) in a telephone interview Thursday from Rome.

“While it is currently a nameless space, we’re seeking to embody a mindset that aims to celebrate an intangible and culturally subjective ancient Roman social concept through food, atmosphere, and with a pure Roman energy radiating through the space,” Patrick said.

“Roman classics” will account for 90 percent of the menu and 10 percent will “carry over with a few twists.”

“Care-free, simple foods that have aggressive profiles on flavor.”

Patrick has been traveling to Italy for more than a decade, and the Roman restaurant has been in the back of his mind for nearly six years, he said.

“The menu will be through Patrick’s culinary lens with influences of partner Gianni who was born and raised in Rome,” a restaurant spokesperson Thursday told WNA in an email.

“Inspired by Rome’s unique view on life and how to live it; from the eccentricities of the city to the vibrant and, often opinionated, proud people who live there.”

Much of the wine program at Storico Fresco will be used for the Roman restaurant in addition to bottled Italian craft beer and cocktails.

Most of the space will remain untouched in the way of major construction but Patrick and his team will add windows in view of the nearby train tracks where a long bar will be situated.

“When we peeled back the paint in the space the natural tones on the building were Roman orange with specs of green, white and red,” Patrick said.

“I swear to God. The natural walls contained the Italian flag colors.” 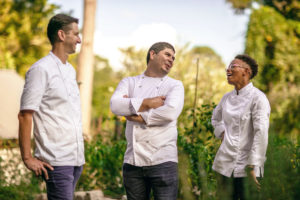 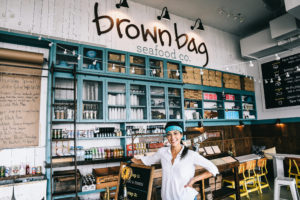 Team behind Storico Fresco, Forza Storico are opening the storefront in mixed-use most recently known as The Shops Buckhead Atlanta.

It's the fourth-known Atlanta-area eatery to close its doors after a worker contracted the novel coronavirus.