Stockyards Atlanta has reached agreements with several new tenants, bringing the project to more than 65 percent pre-leased, and is expected to open in the first quarter of 2017.

“The overwhelming interest and activity at Stockyards is reflective of a national trend where businesses appreciate the vibrancy and authenticity of highly amenitized, infill, adaptive reuse projects that live differently from traditional business districts,” Chris Faussemagne of Westbridge Partners, said in the release.

“There are not many opportunities like this left, and we are thrilled to be underway.”

Mannington Commercial, a manufacturer of premium flooring, will open a Customer Engagement Center and showroom at Stockyards.

The Indigo Road hospitality group, with restaurants like The Cocktail Club, Indaco, The Macintosh, Oak Steakhouse and O-Ku, will open a yet-to-be-named concept at the adaptive reuse project.

Stockyards Atlanta will occupy three acres on the corner of 10th Street and Brady Avenue in West Midtown. The tract is one of the last remaining pieces of Atlanta’s historic industrial core. Located on the rail lines, the area served as the central clearinghouse for livestock through the 1800s and into the 1900s and includes two historic meat-packing buildings constructed in the early 1900s. 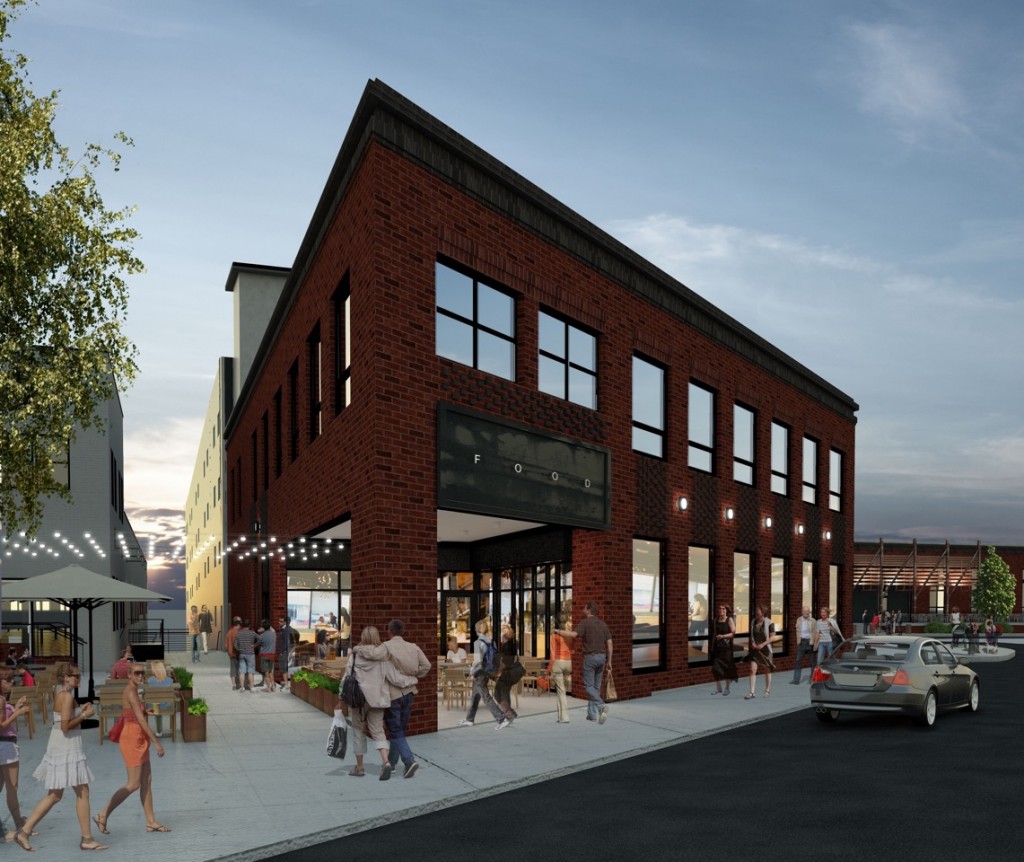 The Leon On Ponce Condo Project Heads Toward Construction

nice place in the day time but area goes to crap real fast at night with Club Compound. Customers will have to dodge flying celebratory gunfire at night. No thanks!
Someone made a deal proposing a great location without scouting it first. Lets call it Murder Stockyards

That’s an odd statement, Milton. That area is incredibly tame, and the decision to place this development there makes tons of geographic and financial sense. It’s literally across the street from the acclaimed Miller-Union. There is a fair amount of foot traffic, it’s decently lit up at night, while Compound can get rowdy, the comments about gunfire seem out of place.

we experienced it on new years eve, my friend has the video

Wow, Milton. That’s quite a comment. You often base statements like that on so little info? I daresay New Year’s Eve is not a fair representation of our neighborhood. I’ve lived around the corner for 10 years, have 2 kids, and while Compound may cause some evening traffic and some outfit ogling, it’s presence has never been an issue.

Is this person serious basing an opinion about an area on New years Eve?That is a cool area and I see it becoming the hottest part of the city.This development will bring life and iis a great readaptive use of a historical part of the city long forgotten

Developer The Allen Morris Company this week closed on funding for the residential portion of Star Metals Atlanta.

Red Bull To Open At Stockyards

The company is slated to join a list of businesses housed at the West Midtown property.