Overhaul is expected to modernize the outdated Buckhead store to match its newest location in Alpharetta. 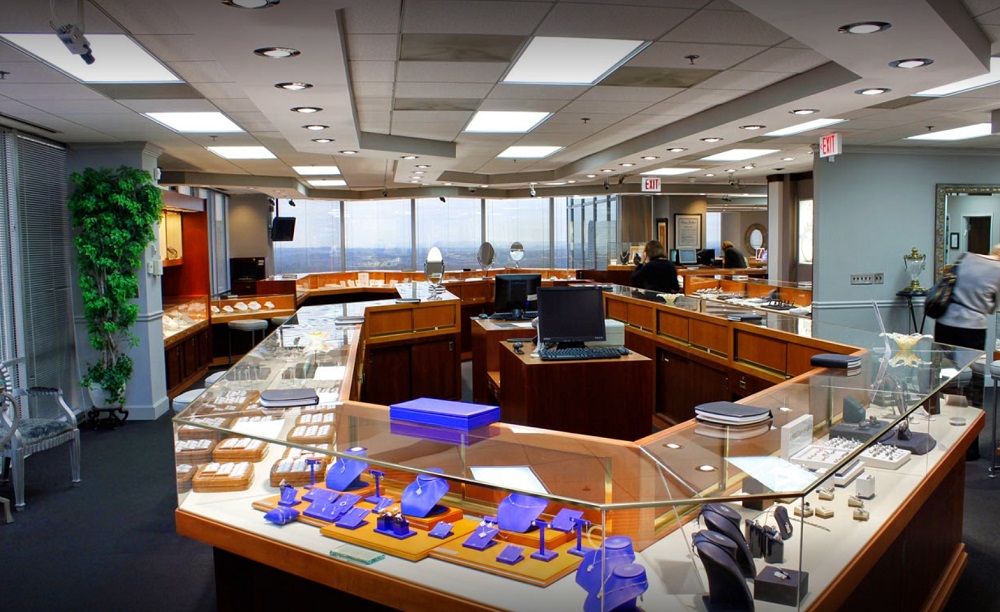 After opening an Alpharetta location in October 2019, Solomon Brothers Fine Jewelry is turning its attention to its flagship on the 17th floor of Tower Place in Buckhead for major renovations.

The overhaul is expected to modernize the original, 35-year-old store to match the look and feel of the new Alpharetta outpost, which boasts a refreshed look complete with private diamond viewing rooms and additional in-store amenities such as beer, wine, and champagne service.

Work planned at Solomon Brothers Fine Jewelry in Tower Place is expected to total in at around $260,000 for the 6,300-square-foot showroom, according to a City filing.

Founded in 1982 by South African-born brothers Ivan, Howard and Anthony Solomon, the stores are now run by Ivan’s son and current president Jaron Solomon, alongside his wife Alli.

According to Jaron, the renovations should be completed around May 1, 2020.

The Solomon Brothers renovations are happening in conjunction with the building-wide refresh and repositioning that developers Regent Partners recently put into motion for Tower Place, the complex including Tower 100 and 200, a two-story shopping mall with a movie theatre, a 230-room hotel, office space, and a 27,000-square-foot two-story WeWork.

The renovations included not only the towers, but the roads and sidewalks as well.