Second Self To Open Newly-Expanded Tasting Room Next Month

Brewery to host Grand Opening weekend from July 7 to July 11.

To celebrate, Second Self Beer Company today announced that it will host a Grand Opening weekend from July 7 to July 11.

Opening weekend hours will be:

After opening weekend, Second Self’s tasting room will be open to the public each week on Monday, Thursday and Friday from 6 PM to 8 PM, and Saturday and Sunday from 1 PM to 4 PM (closed Tuesday and Wednesday).

The craft brewery is located in Atlanta’s Westside at 1317 Logan Circle NW.

Second Self first opened in Atlanta in fall 2014. Due to demand, its production has been at capacity since March 2015, and the tasting room has been closed for expansion since last year. With new tanks, a recently introduced in-house canning line, and other brewing equipment, the company claims it will increase production by about 150%.

Square Feet Studio designed the new tasting room, which will have tripled in size. The space will feature a 24-foot butcher-block bar, a separate kitchen for catered events and regular chef pop-ups, reclaimed wood tables, among other elements.

The brewery will resume its schedule of regular events, like “Comedy Night” on the last Monday of every month and “Yoga and Hoppiness,” a periodic yoga class followed by tastings held on Sundays. New events as a result of the expansion will include “Industry” nights on Monday and pop-up dinners from local chefs.

Second Self will have two smaller rooms available for rent, in addition to the new tasting room. 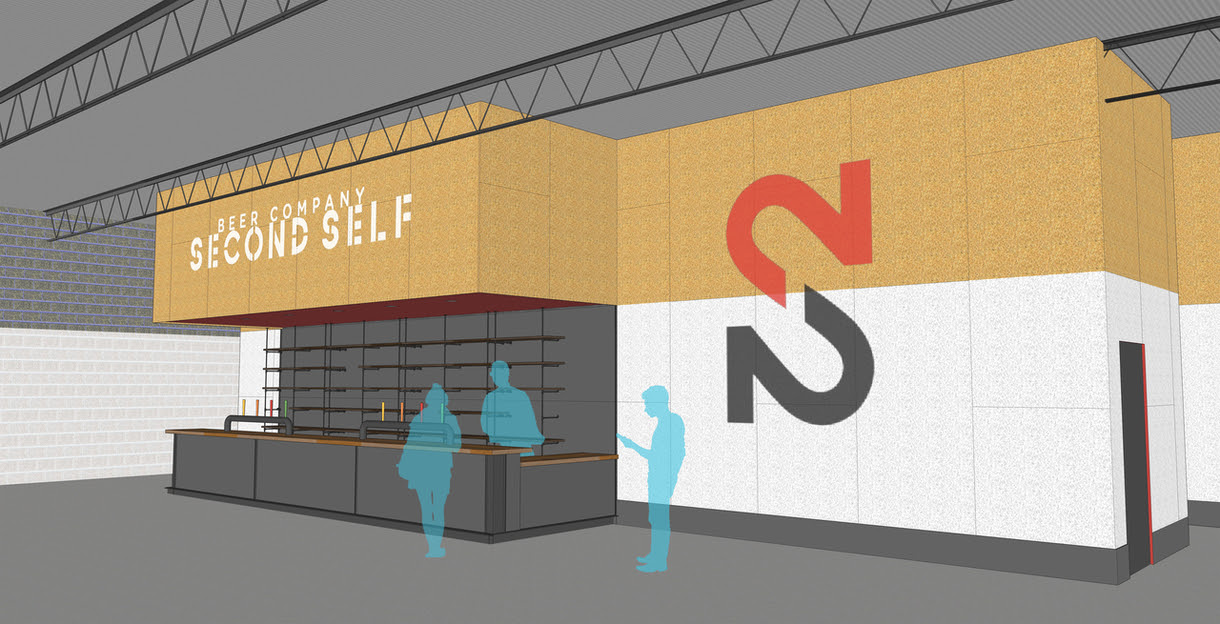 What do you think of the brand? Tell us below…

Initially planning to open in Atlanta, the husband-and-wife owners wanted a space closer to their home community in Marietta.