Generation NEXT Franchise Brands, Inc. (OTCBB: VEND) Tuesday announced that its flagship subsidiary, Reis & Irvy’s, has signed an agreement with Jennifer L. Scully and her new company, RoboTreats, LLC for the exclusive franchise rights for the robot-staffed frozen yogurt chain in Metro Atlanta.

The $21 million, exclusive territory deal includes contracts for 20 initial Reis & Irvy’s locations along with an agreement and letter of intent for an additional 480 locations throughout the metro area as part of an agreement that secures Scully’s exclusive rights to the greater Atlanta area.

“Reis & Irvy’s is an innovative company disrupting a popular market,” Scully said in the announcement.

“We are excited to introduce this revolutionary approach of a consumer favorite to the Atlanta Metro market. The ingenious team at Generation NEXT Franchise Brands, coupled with their cutting-edge technology, robust systems, and extensive market opportunities, will make our partnership a success”

Reis & Irvy’s-branded signature robot characters of the same name can dispense servings of frozen yogurt, ice cream, gelato and sorbet topped with a selection of six toppings in under 60 seconds.

The 500 metro outposts will be situated in places like malls, community centers, hospitals, corporate headquarters and other locations.

“For example, we just installed robots at Groupon’s HQ in Chicago, the Great Lakes Crossing Outlet in Detroit, the Woman’s Hospital of Texas and a children’s hospital in Philadelphia,” a company spokesperson told What Now Atlanta in an email. 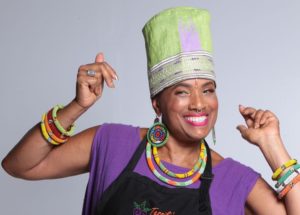