Poké Nooké Has Closed, Will Soon Reopen as Ponko Chicken

Locations of the 'Ameri-Asian' chicken chain are also planned for Marietta Square Market, The Mill On Etowah.

This post is an update of: Yet-To-Be-Named Poke Concept To Replace Filo's Greek Grill 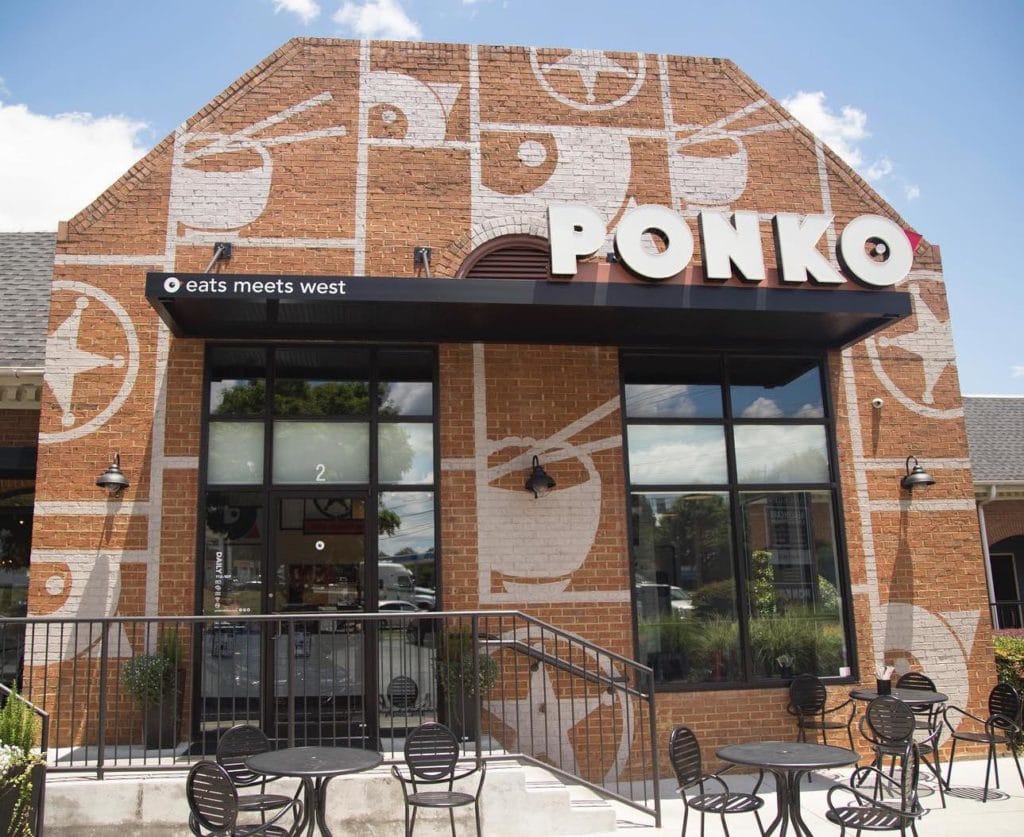 Pokè Nookè is no longer open for business in Buckhead.

The quick-service restaurant, situated in Chastain Square, closed its doors for good on August 29, 2019.

Co-Owners Alex and Linda Lam announced the news on the company’s website and on signage posted to the restaurant’s window, at 4279 Roswell Road.

While the Lams are ditching the short-lived Pokè Nookè concept, the husband-and-wife team have plans to continue using the 1,200-square-foot Publix-anchored shopping center space.

They will open a Ponko Chicken in place of Poké Nooké later this year.

“We are changing our concept to Ponko Chicken,” according to the announcement.

“Thank you for your loyalty and continued support. We look forward to seeing you again when we reopen!”

The switcheroo could go down in three weeks, Alex Lam on Wednesday told What Now Atlanta in an email.

Ponko Chicken as of late has been popping up all around the metro area.

The restaurant chain, known for its “Ameri-Asian” chicken tenders, is undergoing a resurgence after a nearly 20-year lull.

Originally founded in 1998 with a location in Stone Mountain (opened as Food Ease), Ponko Chicken in late-2017 resurfaced with an outpost in Chamblee (pictured above).

The company has since struck franchising deals for outposts in Midtown (now open) and in Marietta (coming soon to the Marietta Square Market.)

Johnny Esposito, the franchise of the Midtown Ponko Chicken, in 2020 will also open a location of the quick-service chicken joint in The Mill On Etowah redevelopment project, at 141 Railroad Street.

Ponko Chicken Owners and sisters Reiko Clark and Maggie Antoine are showing no signs of slowing. Twenty-five more stores of the Japanese-American, fast-casual concept are under development for Greater-Atlanta.

'We had trouble identifying with the audience,' according to Co-Owner Shaun Doty, who also operated Bantam + Biddy out of the Buckhead space.