The permanent art installation will light-up at night.

The permanent art installation will light-up at night.

The letters are intended to “improve the visual appearance of the I-75/85 Connector for the 300,000 individuals who travel along the roadway each day,” Wilma Sothern, VP of marketing, Central Atlanta Progress, told What Now Atlanta in an email.

Atlanta-based photographer Gene Phillips’ work can be seen on the sign street-side.

The Peachtree Street Bridge at the northern end of Midtown, located between the Buford Highway Connector and Deering Road, is scheduled for completion in early 2017.

The bridges would feature distinctive design elements, including gateway arches (north bridge only), and new landscaping and lighting along the barrier-separated sidewalks.

$5.3 million from public and private sources has been raised to fund the Bridge enhancements projects. 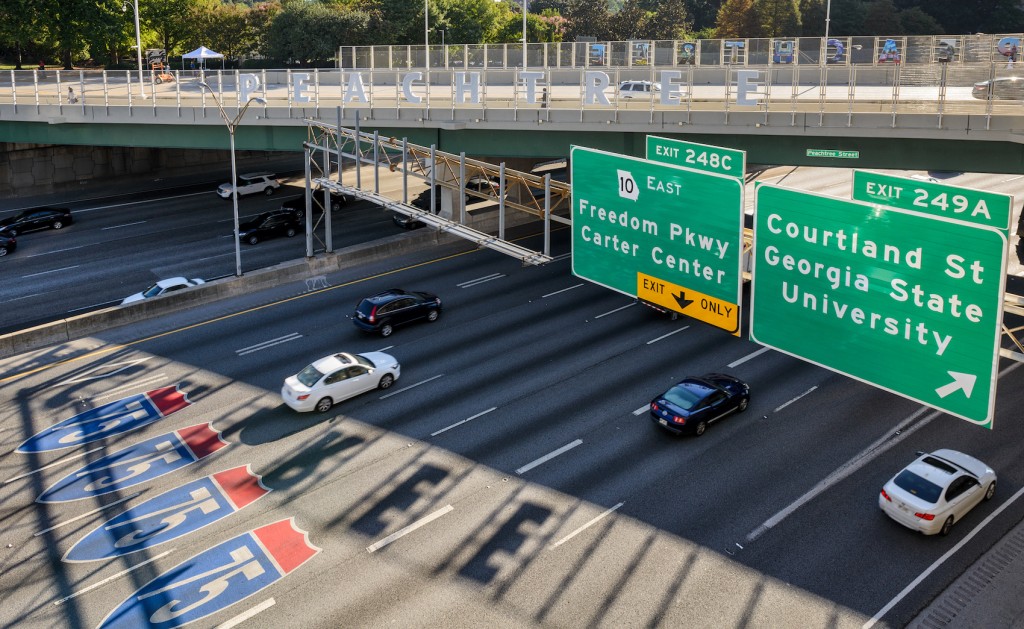 A Brooklyn-style Bagel Shop is Coming to Marietta

This is a very good start to really branding the city. One of the problems with Atlanta is the lack of any significant public art (especially sculptures. There is a very good street art scene now, and hopefully they do more and more of this kind of thing in the future.

Shaneel Lalani acquired One Park Tower for $12.75 million without outside financing

As ATL DOT crews near completion of a new bike lane in Midtown, the Midtown Alliance is 're-imagining former parking spaces as places for people'