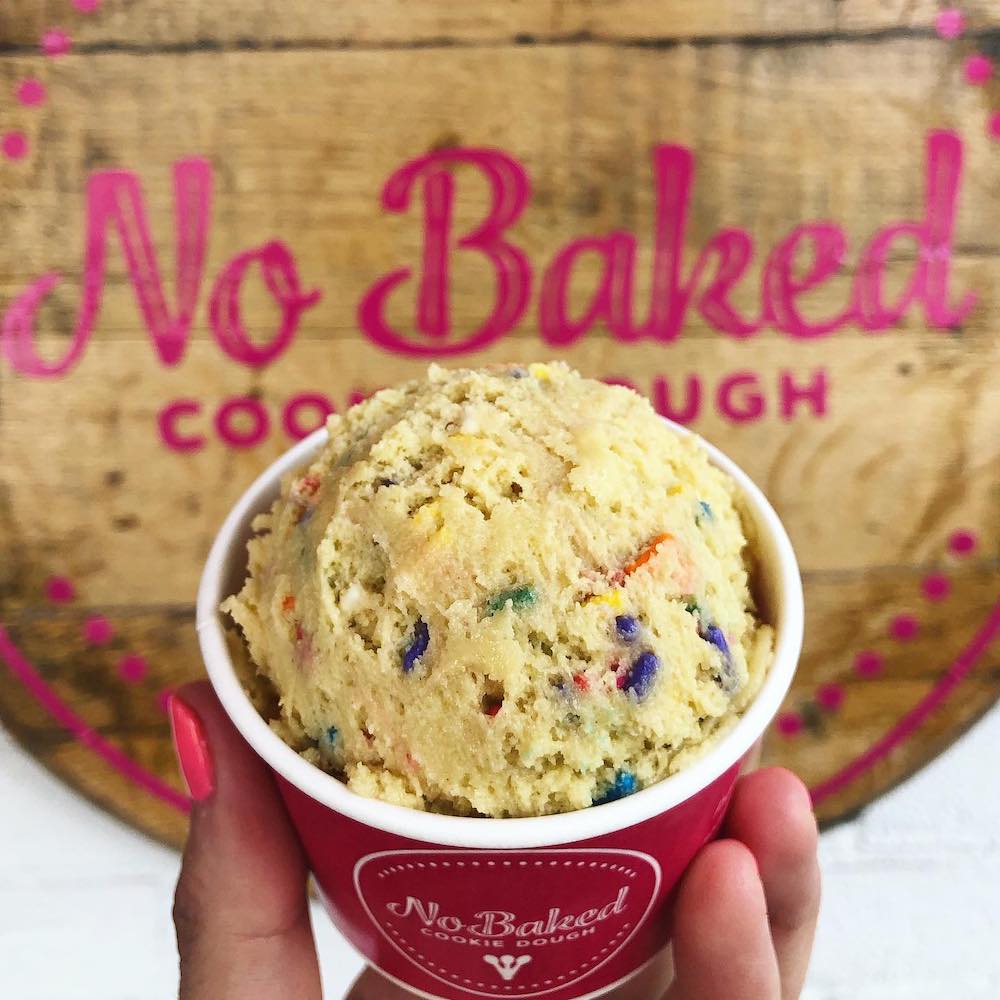 NoBaked Cookie Dough, a growing chain of shops dishing edible cookie dough, is expanding to Georgia with an outpost in Atlantic Station.

NoBaked Cookie Dough will occupy a 1,200-square-foot space in the mixed-use center, sandwiched between Gyu-Kaku Japanese BBQ and Poke Bar.

It is slated to open in early-2020, Co-Owner Megan Feeman in an email Tuesday told What Now Atlanta.

“We’ve been looking to expand to Atlanta for a while now,” Feeman said.

“We originally wanted to do that via franchising, but we ended up finding the perfect space and didn’t want to pass it up. I’m super excited to launch in such a booming city, and I can’t wait to see everyone when it opens.”

Feeman, alongside her husband Jimmy, debuted the first NoBaked Cookie Dough in 2017 in Nashville.

The chain now operates eight locations and counting across Tennessee, Ohio, Kentucky, and Missouri, according to the company’s website.

Atlantic Station is only one of several planned Atlanta-area NoBaked Cookie Dough storefronts, according to Feeman.

“NoBaked has plans to open more storefronts in Atlanta but is looking to partner with local franchisees to expand.”

Feeman earlier this year posted a help-wanted AD on LinkedIn seeking a Regional Manager for the chain in Atlanta, with one of the key responsibilities of “opening new stores in your market.”

Edible cookie dough served in cups and cones is not new to Atlanta.

First up is an outpost in Camp Creek slated to debut July 2020.