Kinjo brothers to open MF Bar and District 3 as part of the mixed-use development's expansion next spring.

Kinjo brothers to open MF Bar and District 3 as part of the mixed-use development’s expansion next spring.

“We are thrilled to bring fresh, inventive Japanese and Vietnamese fare to Avalon in our first suburban expansion,” the MF team said in the release.

“We believe our high level of cuisine served in dynamic, elegantly-designed spaces will resonate with the sophisticated North Fulton community.”

MF Bar expands on menu favorites from the MF restaurants in Houston, Texas and locally in Inman Park. Focusing on hot and cold small plates, MF Bar will also include a beverage menu featuring paired cocktails and a selection of sake.

“With the additions of MF Bar and District 3, we’re continuing Avalon’s tradition of bringing beloved in-town concepts from renowned chefs to this urbanburb,” Carla Toro, director of marketing at Avalon, said in the release.

“These restaurants will offer our community exciting new experiences, including a late-night sushi bar option and authentic Vietnamese cuisine.”

District 3 will feature” modern yet authentic Vietnamese fare in a casual, stylish environment,” catering to the lunch and dinner crowds at Avalon. The menu is inspired by Kinjo’s parents’ hometown in Vietnam, Vung Tau, an area with heavy French colonial influence. Kinjo visited Vietnam to build the one-of-a-kind menu and bring something new and refreshing to Atlanta’s Vietnamese dining scene.

Avalon’s expansion is slated to debut in Spring 2017, and will bring additional retail, office and living space to the development as well as The Hotel at Avalon, an Autograph Collection hotel, and the Alpharetta Conference Center, which will open in early 2018. 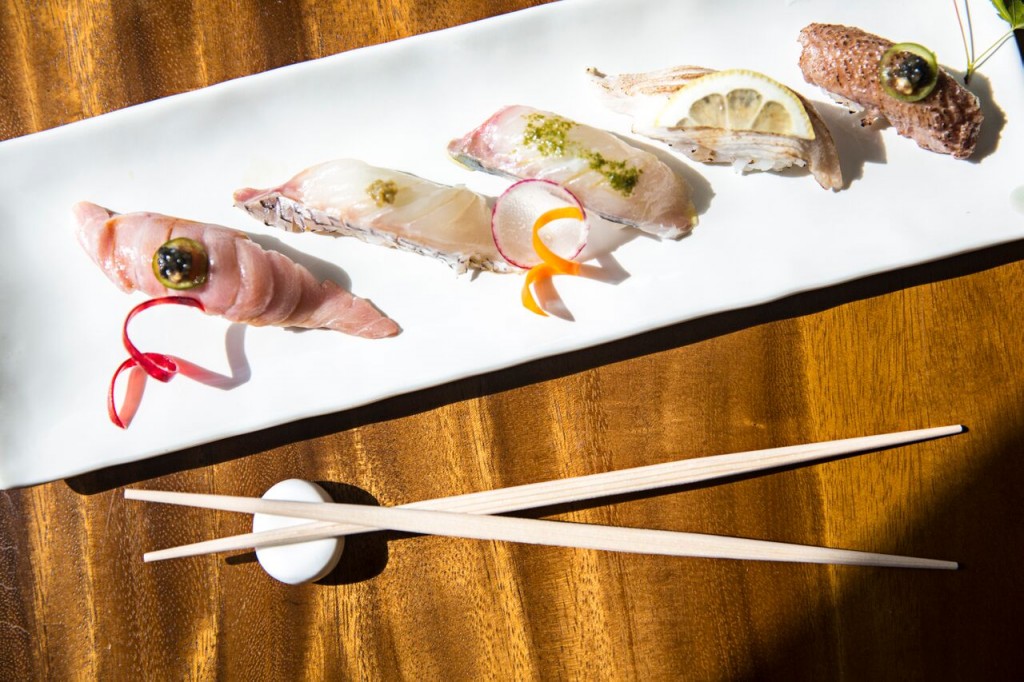 Paris on Ponce Building Could Be Redeveloped For The Right Tenant

New South African-inspired restaurant and bar specializing in dry-aged beef jerky is the third location for the growing brand.