[Renderings] Will This Swanky Glass Hotel Replace The Georgia Dome In 2020?

The Georgia World Congress Center Authority this week published 'Vision 2020' which includes plans for an 800 - 1,000 room hotel on its downtown campus.

UPDATE (Dec. 5, 2018): [Renderings] Atlanta Will Be Among First Markets To Get New Signia Hilton Hotel

“Currently, the GWCC’s largest single exhibit space is 600,000 square feet, which limits the center’s ability to accommodate some of the industry’s largest events that instead opt for more spacious facilities in competing markets,” according to the recently published plans.

“Developing a new fixed gateway between Buildings B and C exhibit halls creates a compelling connection that helps Atlanta’s booming tourism business compete for the most in-demand trade shows, conventions and expos. It will also allow the GWCC’s largest annual events to expand as their business grows.”

This new addition would include a new 100,000-square-foot exhibit hall, 48,000 square feet of new meeting space, a 20,000-square-foot lobby, and a 30,000-square-foot rooftop terrace including event, exhibit and reception space, offering 360-degree views of Atlanta’s skyline and state-of-the-art Mercedes-Benz Stadium.

Along with Mercedes-Benz Stadium, future development of the west side of GWCCA’s campus includes a 800-to 1,000-room four-star hotel on Northside Drive on the former site of the Georgia Dome, adjacent to the GWCC’s Building C.

According to a study, the hotel would increase GWCC revenues by $2.974 million annually, representing an additional 2,781 jobs during the construction phase, and 1,676 additional jobs once the hotel becomes operational.

“Ensuring that these facilities – which exist for the primary purpose of generating economic benefits for the state of Georgia and enhancing the quality of life for every Georgian – are positioned for the future, the GWCCA developed a bold long-range strategic plan known as 2020 Vision.”

Scope the latest renderings for the proposed hotel: 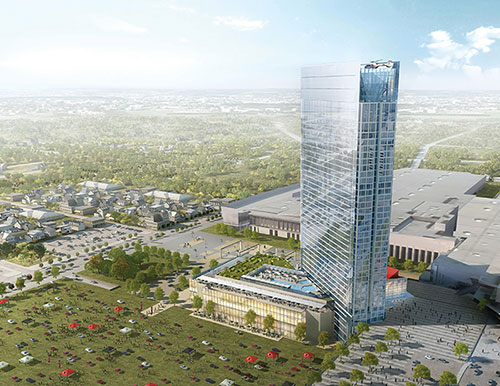 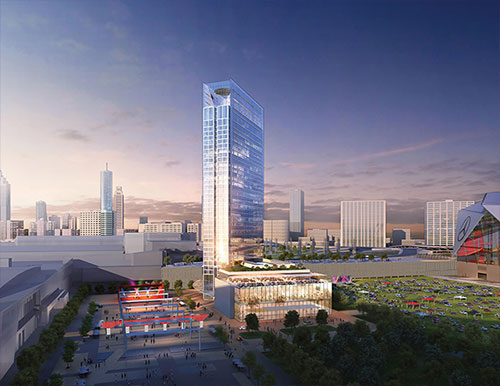 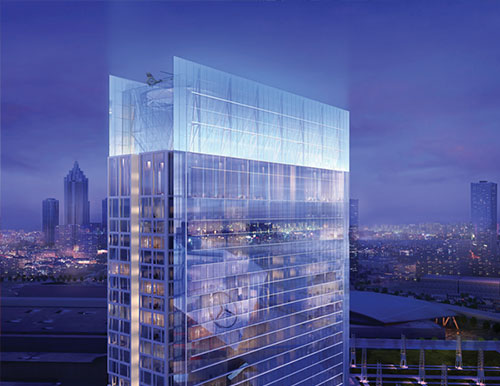 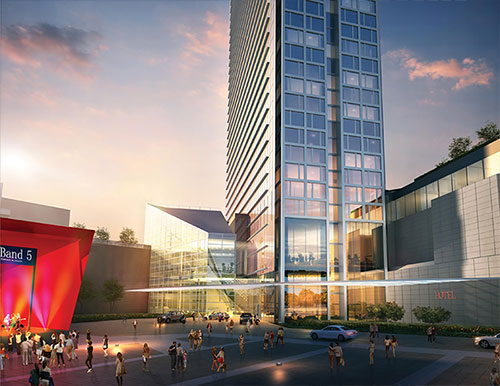 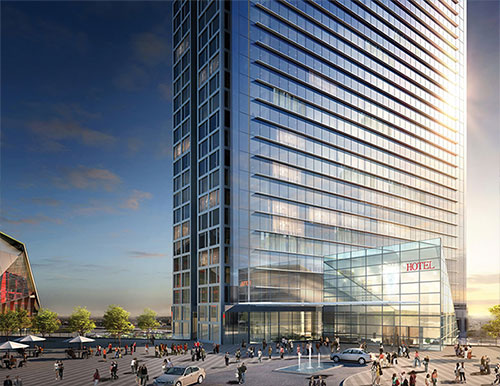 Our Partner Guide outlines every step in opening a restaurant — from concept creation to securing a lease to hiring your team, and everything in between.
Download Now
PrevPrevious[Update] Whole Foods Market Peachtree Station To Open August 18
NextBrian Lewis of Bocado Launching Pizza Al Forno’s in MidtownNext
LOGIN
or
REGISTER

New 10-foot-wide, 1.08-mile bridge and trail is optimized for pedestrian and bicycle traffic.