Guardian Works, named as a nod to the history of the site, will be an event venue from Novare Events.

This post is an update of: Updated Renderings, Details Released For Echo Street West As Infrastructure Work Gets Underway 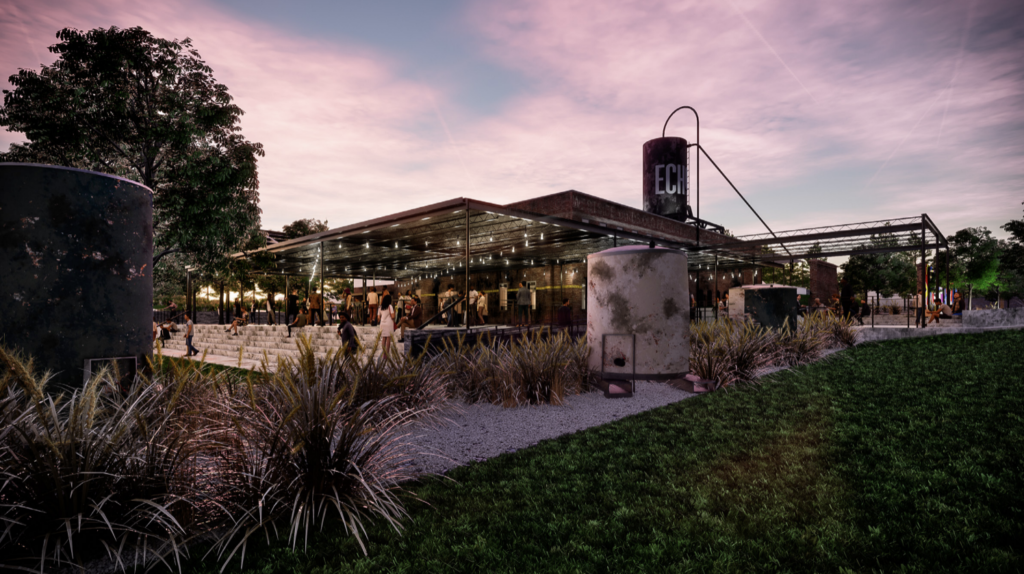 Novare Events is bringing Guardian Works to Echo Street West, the first-known tenant for the now-under-construction mixed-use development, according to the company’s website. Comprising a 6,000-square-foot indoor reception space, an almost 5,000-square-foot covered patio area, with an additional 23,000-square-foot green space, the Guardian Works venue can comfortably accommodate up to 1,500 guests and can be configured for virtually any event.

“It’ unbelievable,” Antar told WNA. “It’s everything we want in an event space.” It’s two stories with raw brick and concrete floors that allow the renters to do virtually anything they want, but the biggest selling point for her was the covered patio area. The interior is on par with Novare Events’ properties, but the outdoor space was the selling point for Antar. “It’s kind of our dream come true.”

An Echo Street West spokesperson Wednesday confirmed Guardian Works’s plans to open on the 19-acre Echo Street West site, located on the Westside, at 755 Echo Street NW, near the intersection of Donald Lee Hollowell Parkway and Northside Drive, via a press release. Novare Events is behind some of the city’s biggest event spaces like The Biltmore Ballrooms, Summerour Studio, and The Stave Room at American Spirit Work.

“During a time when so many are looking to reschedule special events, the announcement of Guardian Works is truly a silver lining,” Antar said in the release. “There is unprecedented demand for indoor/outdoor event venues, and with its stunning historical features and beautiful open-air spaces, Guardian Works checks all the boxes.”

With site restoration underway, Guardian Works is scheduled for completion in the Spring of 2021, along with a few other community activations, like an artist and makers colony, more outdoor gathering areas, and an open-air bar and dining experience just off the BeltLine. 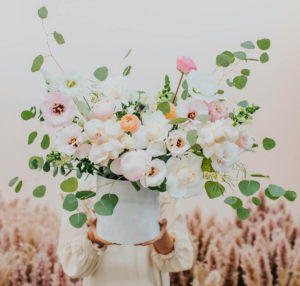 Tickets for the Oct. 31 event are $5 and include outdoor music, eats from the food hall tenants, and the official debut of the mad scientist-themed macrobrewery and taproom

Taking over the Big Tex space, Inner Voice Brewing's main priority is serving its quality IPAs, Pilsners, and Stouts to customers in a bar setting