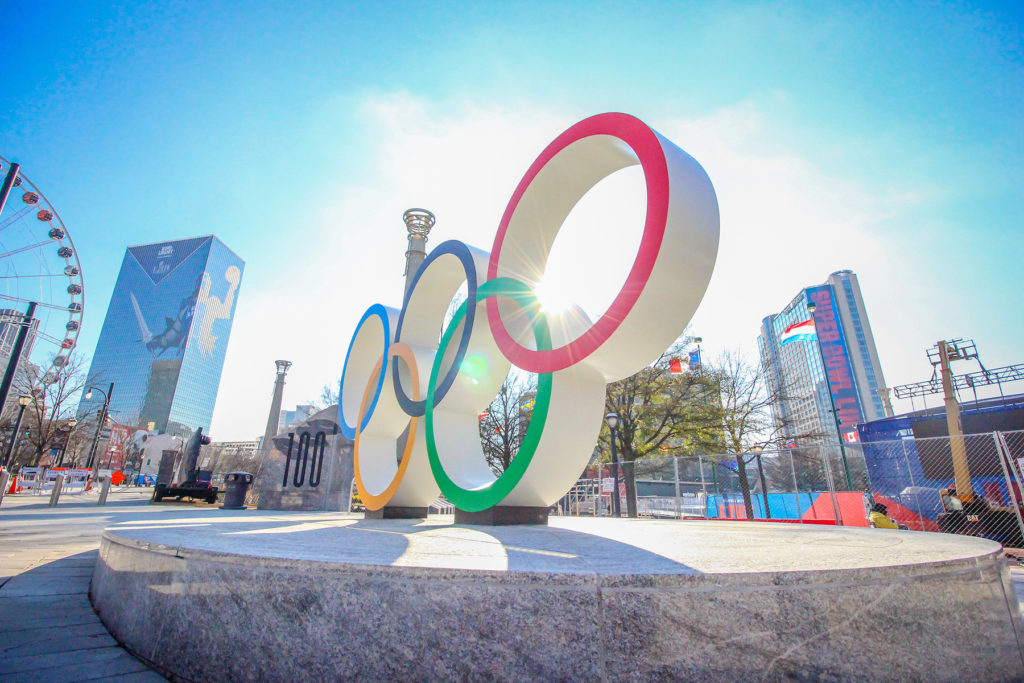 On May 30 after the first night of protests spurred by the in-police-custody death of George Floyd, Centennial Olympic Park was barricaded closed as it became host to the Georgia National Guard.

Today, even as the National Gaurd is long gone and civil unrest is at bay, the park remains closed “indefinitely.”

Now residents of Downtown where Centennial Olympic Park is situated are organizing to demand that the Georgia World Congress Center Authority (GWCCA)—the organization that maintains the park—open the greenspace.

GWCCA announced Centennial Olympic Park would be closed indefinitely, stating that “the Park relies on operating support from the GWCCA and without event activities on our campus the costs associated with maintaining public access to the Park is not feasible. We are focusing our resources on preserving the green space and landscaping in anticipation of daily use sometime in the future.”

“The GWCCA is a state-run entity that has essentially privatized the use of Downtown Atlanta’s primary greenspace,” Carter Johnson, one of the organizers of the petition to reopen the park, Sunday told What Now Atlanta in an email. “And they have indeed found the funds to continue to maintain the Park for themselves, their landscaping service continues to come two to five times per week, and the GWCCA’s private police force continues to cruise around the park patrolling.”

Johnson and his fellow organizers Sunday launched a Change.org petition which as of this publication was only a few minutes live and with only a handful of signatures.

“The residents of Downtown are calling on the GWCCA and the Representatives and Senators who are responsible for overseeing the GWCCA to re-open the park to the public,” Johnson wrote. “A state-run entity must prioritize the public over profit from events (which are not guaranteed in any near point in the future).”

Piedmont Park, the biggest green space in the city, remains open, according to its website. Reps for Centennial Olympic Park on Sunday did not immediately respond to What Now Atlanta’s request for comment.

This is so outrageous. Why not just shut the entire city down? Centennial Park is a public park and is for public use. How much does it cost to maintain a go*da*ned park? With everything else closed, this is about the only place people can go downtown to escape the reality of the Trump Pandemic and the Trump Apocalypse. It should be open.

This city is so short on decent public spaces, it’s a shame to keep it closed. What excuse are they using Covid or the protests? As far as I’m aware, taking a walk in the park is about the lowest risk activity you can do, and any lawlessness around the protests is MONTHS in the past.

My favorite irony about Atlanta is the new “Liberty” park by the State Capitol complete with gates (that lock promptly at dusk), anti-terrorism bollards, and not a bench in sight. Liberty … right.

Piedmont Park is managed and maintained through a collaboration between the 501(c)3 nonprofit Piedmont Park Conservancy and City of Atlanta.

Guess this is the difference between a state, and a city park.

Yep, and the state looks for every opportunity to stick it to Atlanta residents. ‘Owning the libs’ is the only thing the constituency of the current administration cares about.

When complete, this will be the only Candlewood Suites 'Inside the Perimeter.'

The forthcoming hotel has taken another step forward at 300 Luckie St.

The downtown hotel will redo its lobby as part of larger renovation plans.