It's the second location for the Marietta-based bakery.

Situated at 1963 Howell Mill Road, the new Doughnut Dollies is slated to open in January 2019, according to a press release Tuesday.

The 625-square-foot cafe space will include a dozen indoor seats and a walk-up window to pick up pre-ordered doughnuts.

A mural commissioned by Adam McNeil will adorn the building’s exterior.

Athens’ Jittery Joe’s draft coffee will be served alongside the bakery’s confections.

It will be open Sunday through Saturday from 7 a.m. until “doughnuts run out.”

The kitchen at Doughnut Dollies is helmed by Chef Anna Gatti who met her husband and Co-Owner, Chris while they were both in school at the Culinary Institute of America.

“Since opening Doughnut Dollies in 2015, Chris and I have had so much fun; we couldn’t be more excited to introduce Atlanta’s West Midtown to the delicious and ever-changing doughnuts we’ve become known for…,” Gatti said in the release.

Each doughnut is made daily in-house and features “Gatti’s personal touch.”

“Gatti turns each doughnut into a masterpiece, garnishing a chocolate Old Fashioned doughnut with fresh orange and fennel pollen, crafting seasonal flavors like Fresh Nectarine and Rosemary, and concocting the #YOLO doughnut of the moment because everyone deserves to treat themselves,” according to the press release.

The bakery’s name harkens back to the “doughnut dollies” of the American Red Cross who delivered doughnuts and coffee to U.S. soldiers during WWII.

It closed after enduring damage from a car accident earlier this year. 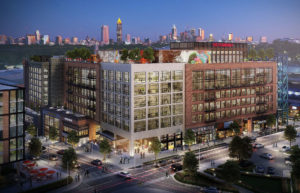 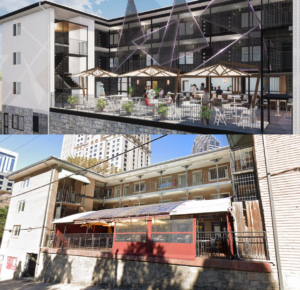 It will be the second location for the restaurant group's 'contemporary' Mexican eatery and will open adjacent sister concept Yum Chao.

It will act as a production facility for the company’s ice cream and pastries with a retail storefront and is expected to open late-August.