Clarivel Castellanos and her husband, Spyridon Leitourgis, get the opportunity to showcase both their heritages at the forthcoming Lee + White food hall in West End.

It will be a second location of Crème de la Crepe, which first opened at Marietta Square Market in 2019. The restaurant specializes in breakfast, savory and dessert crepes, drawing upon the Greek heritage of Leitourgis.

“Crepes are really popular in Greece,” Castellanos said during a phone interview Thursday. “[My husband’s] grandfather is actually half French and Greek. So the recipe that we have is his recipe.”

Cielito Lindo will be a brand new venture for the husband-and-wife, offering authentic Mexican street food.

According to an announcement, it will feature tacos, tostadas, flautas and quesadillas with fillings such as pollo asado, carne asada, al pastor pork, barbacoa beef and nopal (grilled cactus), as well as churros and Mexican rice pudding for dessert.

For Castellanos, who is a first-generation Mexican-American, it’s an opportunity to feature her family’s food. She will be using her mother’s recipes and seasonings for the meats and homemade salsas.

“It’s hard to find a really authentic Mexican restaurant in the area,” Castellanos said. “Everything is so Americanized. It’s not what we are used to eating at home. I want to bring that to our new concept in Atlanta. I want people to know what we eat at home.”

That includes preparing al pastor on a rotating spit called a trompo, she said.

“We’re really big on family,” Castellanos added. “Everything that we will have on our menu is family recipes. Everything we grew up with will be shown in our dishes.”

The Lee + White food hall is expected to open in early 2023. It will feature 19 vendors, a central bar and frontage along the Atlanta BeltLine.

“The Lee + White food hall will offer a snapshot of the culinary scene in Atlanta with several local concepts, plus notable global ones,” said Jeff Small, CEO of MDH Partners, which acquired Lee + White with Ackerman & Co. in 2019. “We envision colleagues, friends and families gathering together at Lee + White over an assortment of options, whether it’s coffee, baked goods or even some margaritas.” 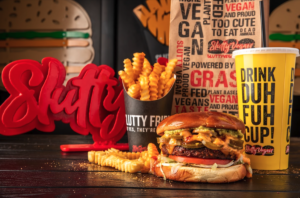 Our Partner Guide outlines every step in opening a restaurant — from concept creation to securing a lease to hiring your team, and everything in between.
Download Now
PrevPreviousMultiple dining and entertainment concepts planned for downtown’s The Department Building
Next[Exclusive] gusto! To Open November 28 in The Exchange at GwinnettNext
LOGIN
or
REGISTER

Costa Coffee has partnered with Kaldi’s Coffee, a family-owned coffee business based in St. Louis, to operate the Atlanta stores.