It's unclear when the Town Brookhaven theatre and restaurant will reopen. 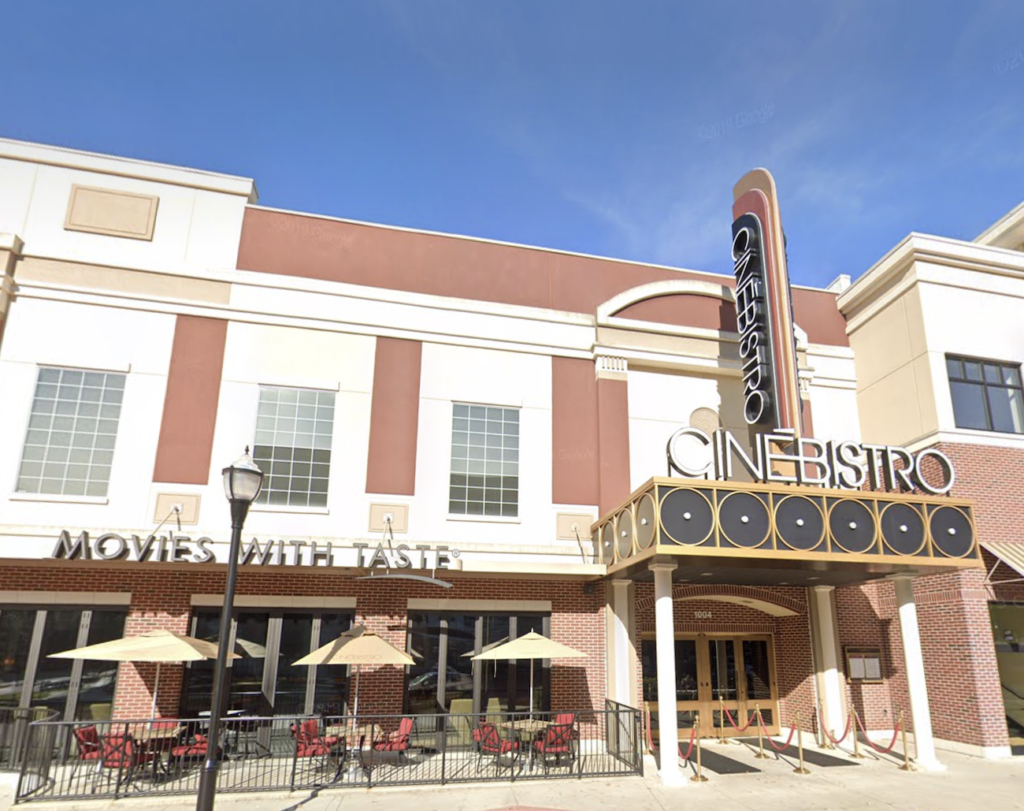 CineBistro has temporarily shuttered its movie theatre in the Town Brookhaven development after a kitchen fire last week.

“Pardon our progress as we continue to improve and repair our facilities,” according to the notice.

“As soon as we are able, we will have tickets available for sale. We look forward to having you as our guest again soon.”

“I live in Town Brookhaven and saw them putting out the fire that happened in one of the roof vents after the Super Bowl,” Sarah Fenno posted on Facebook.

No other commercial or residential spaces in the surrounding areas were damaged or affected.

The full facility will likely remain closed during the repair work.

The theatre invited guests to visit other Atlanta-area locations at Peachtree Corners Town Center and Halcyon in Alpharetta “in the meantime.”

CinéBistro opened in the Town Brookhaven in 2011 as an upscale mashup of the traditional concept of dinner, drinks, and first-run and independent movies.

Though the theatres are restricted to adults ages 21 and up, all ages, are allowed in the dining room.

The DeKalb Fire and Rescue department did not immediately respond to What Now Atlanta’s requests for comment.

The theatre and restaurant’s reopening timeline has not yet been confirmed.

Baci to reopen as Brookhaven Provisions this winter.