Bryant 'Chef Baul' Williams is looking to open the kitchen and bar as early as late-September, could serve CBD-infused dressing on its salads.

This post is an update of: The Barrelhouse To Open In Its New Old Fourth Ward Home Sept. 24

The Atlanta-Journal Constitution (AJC) on Wednesday first shared the news.

Chef’d Up will replace the short-lived Barrelhouse (Cast Iron, Last Word, and P’Cheen before that), at 701 Highland Ave. NE.

The restaurant will serve “’upscale soul food’ with a healthy twist,” according to the AJC.

Chef’d Up could open as early as late-September.

It was only two weeks that Baul posted a video to Instagram showing demolition starting at the space.

A lease was finalized at the end of July.

“Dine-in restaurant coming soon,” the chef wrote on Instagram alongside a photo of him signing what appears to be the lease.

“Long way from serving out my trunk in the old Target parking lot on Cleveland Ave. Never quit keep going even if you’re not moving as fast as others. Trust the process.”

Chef’d Up will serve lunch, brunch, and dinner.

The menu is still being finalizing, but will most likely include classic American fare like lamb chop lollipops, salmon filets, steak, burgers, and lobster.

There could also be salads with housemade, CBD-infused dressings, and vegetarian and vegan options, including the ever-popular Impossible Burger. 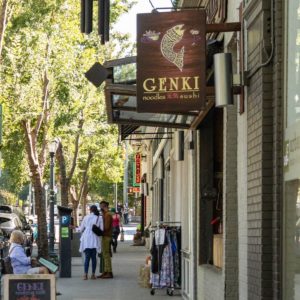 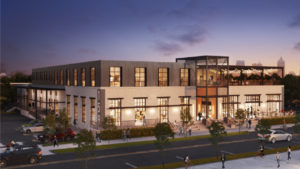 Italian eatery could open elsewhere, however.