January 2020 is the projected opening date of the Eastside Trail Beltline location. 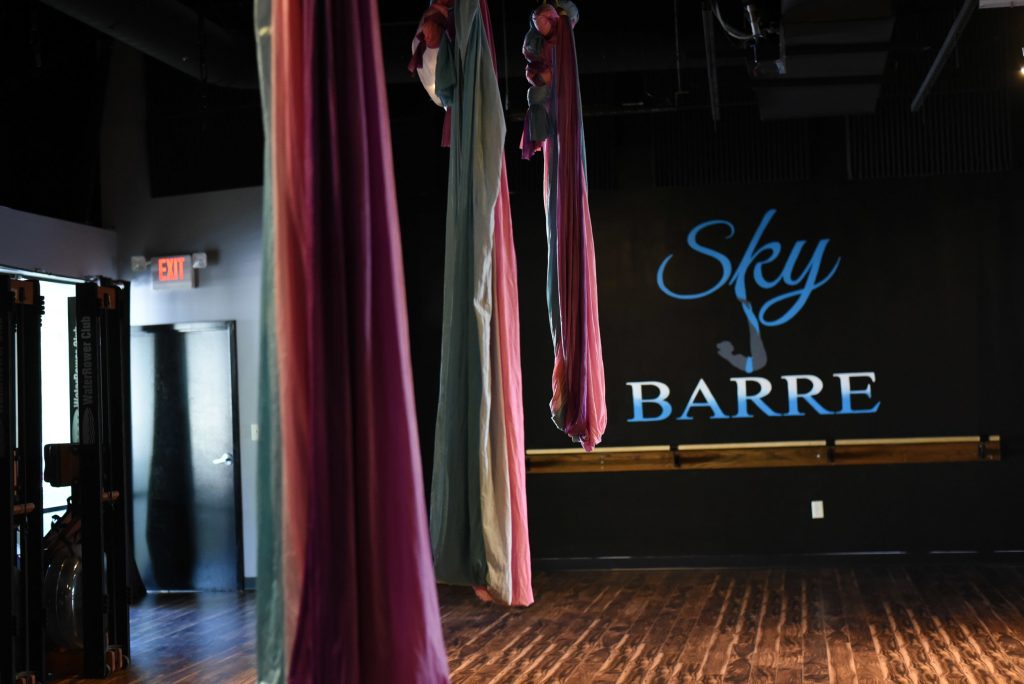 An Eastside Trail Atlanta BeltLine location of The Sky Barre will be open for business January 2020.

Owner Angela Edwards chose Madison Yards, a 17-acre mixed-use project on the corner of Memorial Drive and Bill Kennedy Way in Reynoldstown for the second location of her fitness studio.

“We wanted to be in a planned community on the BeltLine and we wanted to raise awareness on low aerial arts. Everything we do is under 12 feet.” Edwards shared with What Now Atlanta during a phone call on Monday.

“There’s no other aerial arts studio on the BeltLine, so we would be the first.”

The construction cost to build out the 1,215 square foot space for a fitness center–flooring and paint primarily–is estimated at $4,500, according to permits.

The Sky Barre, formerly The Row Barre, is an innovative full-body workout that fuses Cardio, Barre, Pilates, and TRX with a touch of Circus Play.

Its first location is in the Phoenix Business Park in Brookhaven, where Edwards also operates Pole La Teaz, a pole-centered, sensual fitness studio.

Created by Fuqua, Madison Yards will eventually feature an AMC movie theater, a fitness center, retail shops, restaurants, and 500-plus residential units in addition to the recently opened Publix.

Sky Barre will be located in Building 200 and will join other project-wide confirmed and “in the works” fitness-focused tenants including Solidcore, Orangetheory and Highland Yoga.

*Editor’s Note: This post was updated at 2:50 p.m. to include commentary from Angela Edwards.

Pet owners can expect a May 2020 opening for the vet clinic's second BeltLine-adjacent location.