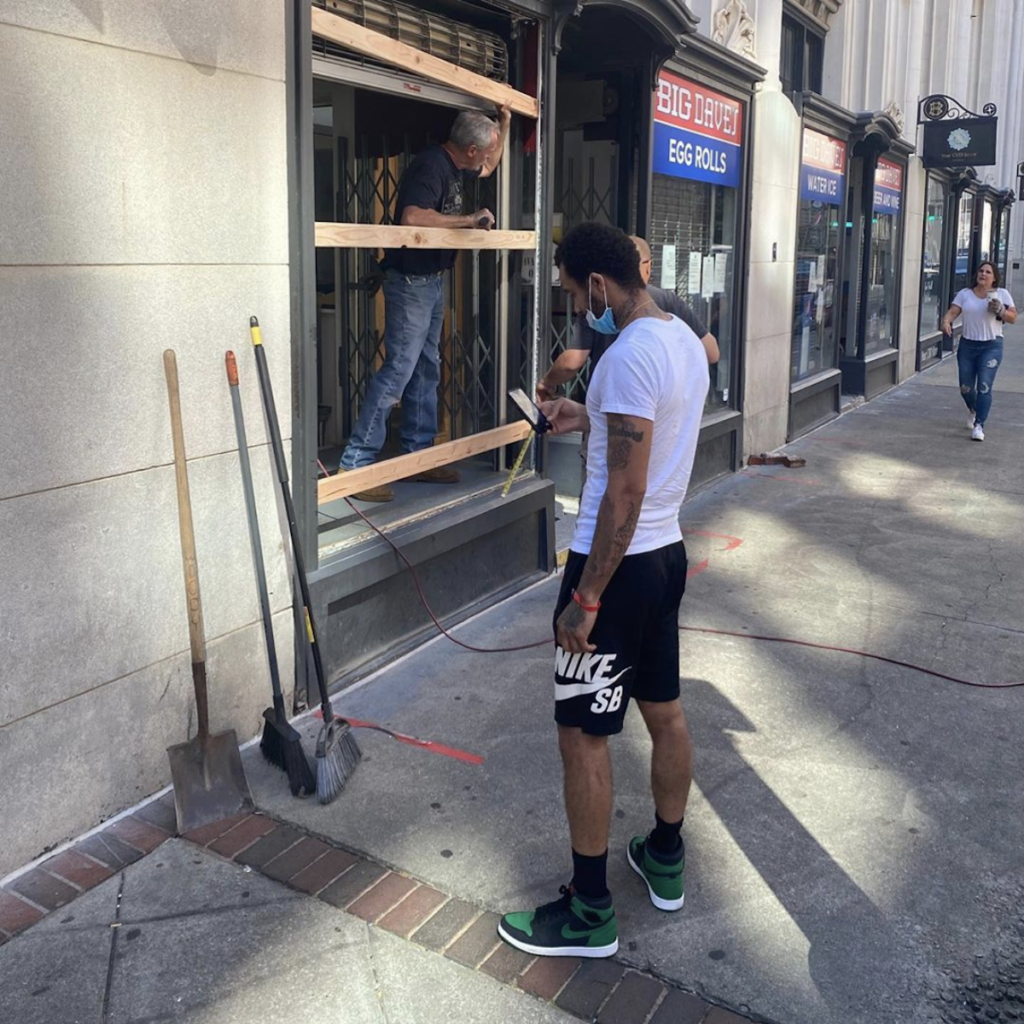 After a weekend of rioting that left many Atlanta businesses damaged, looted, and forced to close, the City’s affected restaurants are seeking a path towards reopening.

It’s the second time in recent weeks that these restaurants were forced to close by events outside of the businesses’ control.

The riots—which started with peaceful marches against police violence spurred by the death of George Floyd last week in Minneapolis—arrive on the heels of Atlanta restaurants reopening dining rooms after being forced to close by the state at the onset of the coronavirus pandemic.

“Hey yo, it’s a real sad day in Atlanta,” Derrick Hayes, owner of Big Dave’s, over the weekend said in a video posted to the restaurant’s Instagram.

“I’m black-owned. I actually helped the community. I give a lot of money out, like, even during the pandemic, I gave out over $20,000, just helping hospitals, and then they came back and break all my windows.”

On Monday, Hayes started repairing damaged windows at his downtown restaurant and apparently received a $20,000 donation from American rapper Russ to assist in paying employees “while we are closed.”

Hayes, as with other affected restaurants, has not announced a reopening timeline.

Rocket Farms Restaurant’s St. Cecilia was on the lighter-end of damage, having only one window broken during the riots while Del Frisco Grille went up in flames.

The restaurants had only recently reopened after being closed since early-April to help slow the spread of COVID-19.

In response to the riots, The Georgia Restaurant Association over the weekend shared this statement:

The Georgia Restaurant Association shares in the anger and frustration over the tragic death of George Floyd. We understand the need for people to express their outrage and sorrow over the seemingly endless number of such senseless deaths.

We wholeheartedly support the right to protest – peacefully, and as Dr. King so often and eloquently urged, non-violently. We join Mayor Keisha Lance Bottoms, Atlanta’s Black clergy, and other leaders in denouncing the vandalism that occurred in Atlanta on Friday.

The restaurant industry has been devastated by the COVID-19 crisis. Many of our small businesses are owned by and employ and support minority families. Georgia has the most Black-owned restaurants in the United States with 29 percent of Georgia restaurants being Black-owned. The industry creates many pathways to success for African-Americans, women, Hispanics and Asians.

The restaurants that were vandalized had recently re-opened and had put many back to work, giving hope to their employees and returning to a more normal life. The acts of violence were senseless, counter-productive, and have created more obstacles to our recovery. We ask that our citizens respect and support the very businesses that are putting people back to work.

Several retail centers, including Lenox Square, Phipps Plaza, and Shops Around Lenox, did not reopen Monday following damage caused by the weekend riots and in anticipation for more protests and demonstrations possible today and as the week progresses.

It’s the third-consecutive curfew for Atlanta in response to the riots. 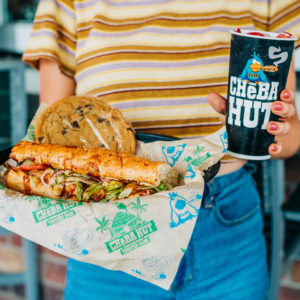 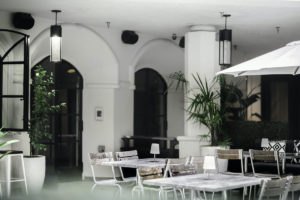 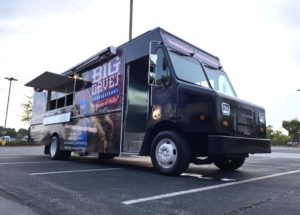 I just want to know who these savages are that attacked our city. They seemed highly organized. There are numerous reports that they are white supremacist MAGA hat wearing deplorable racist Trump supporters that are funded by FOX Noise or right wing billionaires or Trump and are trying to turn the racist white people against the black people and to get them to vote for Trump again as well as trying to turn the cops against black people.

There’s going to be a massive blame game played over the coming weeks/months/years. I’m not sure any of that is productive. At the end of the day, there’s probably not one culprit. Maybe there were paid troublemakers, maybe some were just frustrated, or desperate, or saw an opportunity. We should all continue to support people’s right to protest AND we should support holding criminals accountable.

This conspiracy theory doesn’t have any more basis in reality than those being lobbed from the other side of the aisle.

Interesting article on the “outside agitator” myth:
https://reason.com/2020/06/01/the-rise-and-fall-and-rise-again-of-the-outside-agitator-story/

Whew, Julie that’s quite a stretch…

0
Reply
I'm not buying that

I feel as though The Georgia Restaurant Association message is directed toward Black people, only. They cited and MLK quote of protesting peacefully (yet he was assasinated by a white man), to this quote, “Georgia has the most Black-owned restaurants in the United States with 29 percent of Georgia restaurants being Black-owned. The industry creates many pathways to success for African-Americans, women, Hispanics and Asians.” I don’t know what videos the GRA had been seeing, but I saw black AND white people protesting AND looting. Albeit, more black than white. However, keep the message universal instead of one race.

Plus the growing eatery now has a food truck on the city's streets as of Friday.