The Spanish tapas eatery has replaced The Cockentrice in the Inman Park development.

The Spanish tapas eatery has replaced The Cockentrice in the Inman Park development.

“Bar Mercado’s menu will reflect the diverse flavors and preparations found in the celebrated tapas bars of Madrid, a melting pot of regional specialties,” according to a press release Wednesday.

“Bar Mercado will convey the authentic, relaxed feel of a traditional tapas bar by offering small, flavor-packed dishes and a straightforward beverage menu.”

Chef John Castellucci will take helm of the kitchen and be joined by sous chefs Jessica Dinwiddie and Raul Dominguez.

For dessert the restaurant will offer Spanish sweets such as crème Catalan with cinnamon, bay and lemon zest, and tarta de Santiago, an almond sponge cake with espresso anglaise and membrillo. 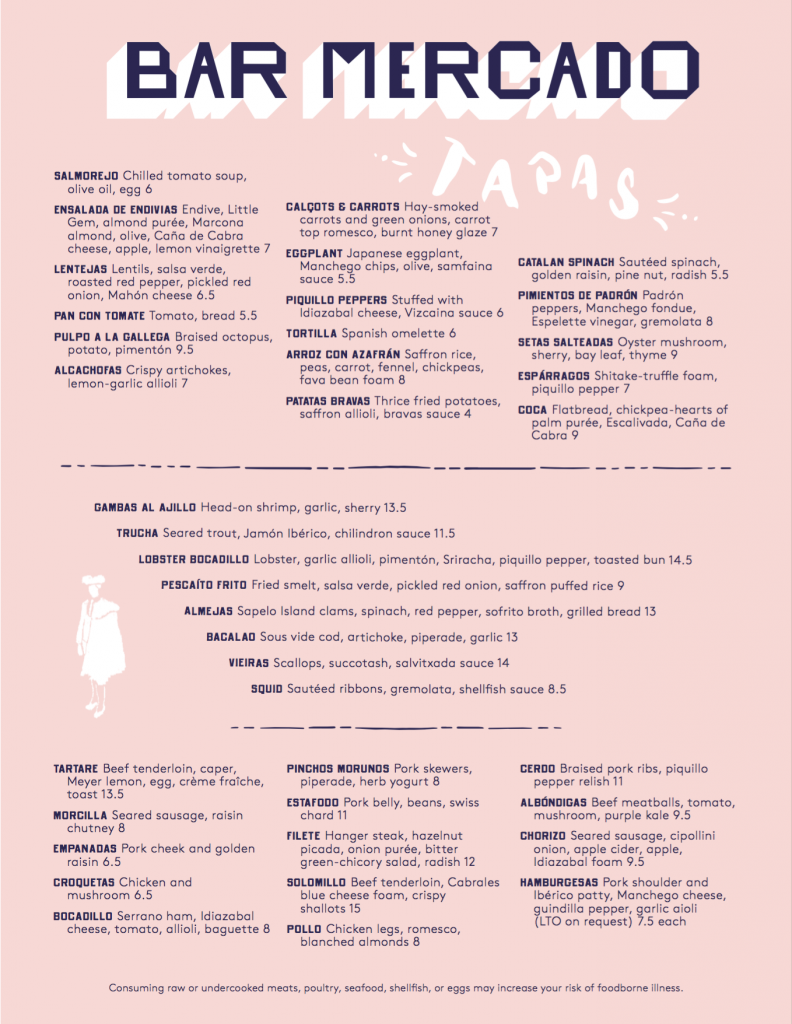 Overseeing the bar program, bar manager and sommelier Colton Wright will serve up a Spanish-focused wine list featuring bottles from Galica to Calanuya, Andalucia to the Pais Vasco and everywhere in between.

The opening wine list will feature 60 labels representing a variety of whites and red from all of Spain’s vital winemaking regions, complementing the deeply Spanish cuisine.

Bar Mercado’s cocktail and beer program will also possess a similar Spanish penchant with a selection of gin and tonics, sangria, kalimotxo, Estrella Damm and cider.

Bar Mercado’s interior and exterior space was designed by Square Feet Studio, an architecture, planning and design firm based in Atlanta.

“We took inspiration from the Mercado de San Miguel, a food hall within an open ironwork structure dating from 1916 located in Madrid,” Vivian Bencich of Square Feet Studio said in the release.

“Playfully curated fabrics and wall coverings in tones of red, pink, ochre and blue create a harmonious cacophony, like the atmosphere in a bustling market.”

Bar Mercado’s design is meant to “evoke the excitement of a Spanish market.”

The dining room, which will seat up to 100 guests, features design elements including a series of large capiz shell globe pendants, drapery walls, and chairs and tables made of a rough-hewn wood.

The bar has a pink ceiling and brass accents.

The entrance signage, made from red and orange neon ambles along steel panels, articulate the weathered steel of the canopy. 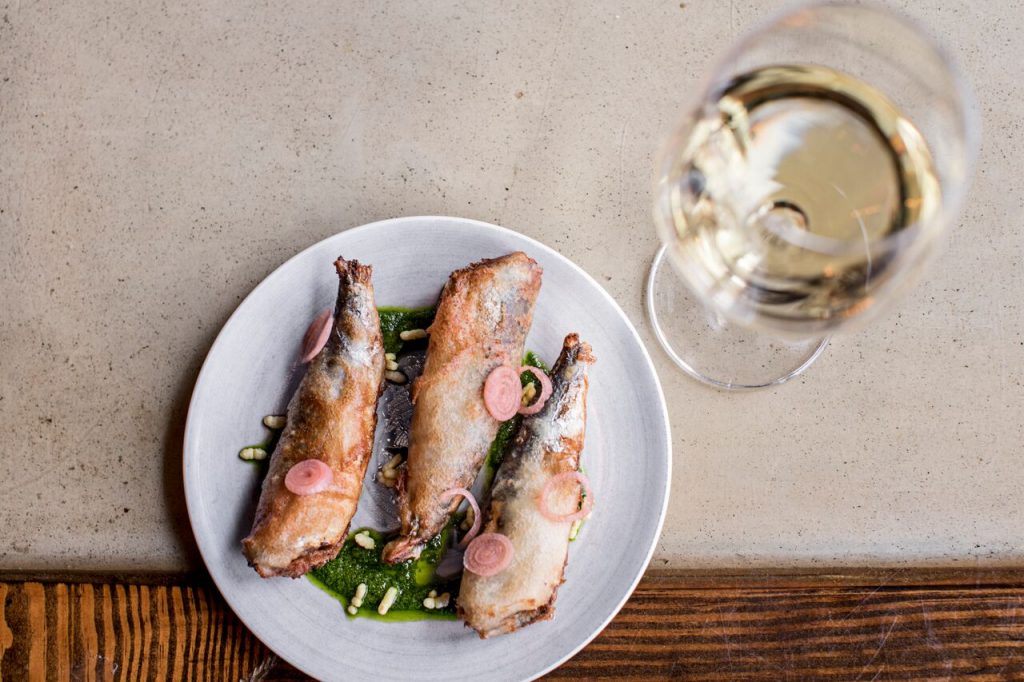 Our Partner Guide outlines every step in opening a restaurant — from concept creation to securing a lease to hiring your team, and everything in between.
Download Now
PrevPreviousColony Square Announces Plans For ‘Main and Main,’ a Food Hall Concept
Next[Renderings] Elway, a ‘Micro Mixed-Use,’ Slated To Break Ground in OctoberNext
LOGIN
or
REGISTER