The Integral Group has officially selected French-based Navya as its partner for the driverless vehicles.

Assembly Yards, the forthcoming Doraville mixed-use from The Integral Group, is moving forward with plans to offer an autonomous shuttle service.

Integral Monday announced it has selected Navya as its preferred autonomous vehicle partner at Assembly.

The real estate firm in early-2018 started taking proposals for the project and Navya, Easy Mile, and Local Motors were the top three contenders.

Navya’s shuttles will connect Assembly with the adjacent Doraville MARTA Station as well as the nearby Chamblee MARTA station.

“At Assembly, we have hallmarked accessibility and connectivity by providing multiple transit options that will accommodate and serve a variety of users,” Matt Samuelson, COO of the commercial real estate division of Integral, said in a press release.

“Through the NAVYA autonomous shuttles and other driverless-site features, we intend to set a new, responsible standard for transit-oriented developments.”

The Integral Group acquired the former General Motors plant site in 2014 and has since set the foundation for the Assembly development.

Over the past four years, Integral has demolished 90 acres (over 3.5 MM square feet) of vacant buildings, entitled over 10 million square feet of development, recruited Serta Simmons Bedding to relocate its headquarters to Assembly, adaptively re-used and transformed a former plant building into a film and production studio, and installed $53 MM of development.

Upon completion, the multi-phased development will include more than 10 million square feet of corporate class A office, multifamily housing, creative office space, dining, retail, and entertainment, including the purpose-built film studio Third Rail Studios which was completed in the first phase.

The new 250,000-square-foot Serta Simmons Bedding headquarters will open this month while an additional 1.3 million square feet of space is anticipated to deliver over the next 22 months. 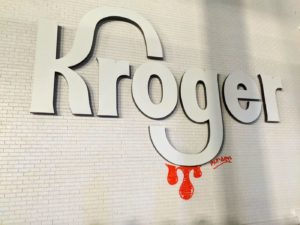 {Renderings} Here's What The Lobby, Amenity Deck in Star Metals Offices Could Look Like

Developer The Allen Morris Company worked with Square Feet Studio on the design.